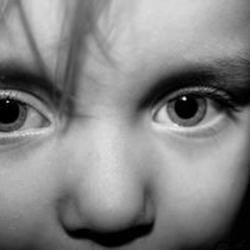 Hundreds of thousands of toddlers are being prescribed powerful psychiatric drugs, and more than 274,000 0-1 year olds, that are not mentioned in the new CDC report, are also being drugged.

According to IMS Health’s Vector One: National and Total Patient Tracker Database for 2013 these are the figures for 0-1 year olds being prescribed psychiatric drugs:

While the CDC was correct in issuing their report on the 10,000 2-3 year olds (toddlers) being prescribed ADHD drugs, the number of toddlers on anti-anxiety and antidepressants is staggering in comparison:

And as for other age groups, the numbers start in the millions with 0-5 year olds:

The above are stunning data and, yet, the most egregious element of the ever-increasing number of America's children being prescribed psychiatric drugs, is that the diagnosis needed in order to have the drugs prescribed, is subjective—there is no medical test to support or validate even one psychiatric diagnosis. As Allen Frances, a psychiatrist and former DSM-IV Task Force Chairman, stated, "There are no objective tests in psychiatry—no X-ray, laboratory or exam finding that says definitively that someone does or does not have a mental disorder. There is no definition of mental disorder. It's bull…. I mean you just can't define it."[4]

According to the Final Statement from the National Institutes of Health Consensus Conference on ADHD, "we do not have an independent, valid test for ADHD, and there are no data to indicate ADHD is due to a brain malfunction."[5]

When it comes to the psychiatric drugs used to treat ADHD, these are referred to as "kiddie cocaine" for a reason. Ritalin (methylphenidate) Adderall (amphetamine) and Concerta, are all considered by the federal government as Schedule II drugs—the most addictive.[6] ADHD drugs also have serious side effects such as agitation, mania, aggressive or hostile behavior, seizures, hallucinations, and even sudden death, according to the National Institutes of Health.[7] And the Food and Drug Administration still mandates that all labels for ADHD stimulants state "Long-term effects of amphetamines in children have not been well established."[8]

As far as antipsychotics, antianxiety drugs and antidepressants, the FDA and international drug regulatory agencies cite side effects including, but not limited to, psychosis, mania, suicidal ideation, heart attack, stroke, diabetes, and even sudden death.[9]

In summary: Yes, the recent report of the CDC on the number of toddlers being prescribed ADHD drugs is shocking, but it is nowhere near the actual figure of infants, toddlers, and children being drugged. Being shocked is a good place to start, but action is required to protect the weakest among us. As John F. Kennedy stated,"Children are the world's most valuable resource and its best hope for the future." It is time to start protecting our children and it starts with informing parents. For more information visit the Parents Know Your Rights page.