Increased growth in Texas and North Dakota is giving the country opportunities to do more with its oil according to Chem Rock Technologies. 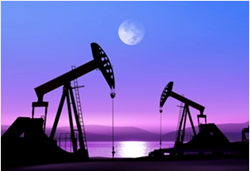 Hydraulic fracturing is pushing Texas and North Dakota to new levels of productivity.

'When it comes to shale plays, Texas' own Eagle Ford Shale and Permian Basin are still the kings of oil production. North Dakota's Bakken Shale is gaining fast, though,' wrote Nicholas Sakelaris, the article's author.

Increased oil production across the nation has developed new opportunities for the United States economy. Rig efficiency is one of the main reasons why oil and gas production growth has been so impressive in recent years, and as a result new regions are enjoying the benefits of of this development. The introduction of new technologies has resulted in increased development in new geographical locations in places like North Dakota, one of the largest producers in the country. As a result, oil production in the state saw record highs earlier this year.

According to local publication the Williston Herald, statewide production increased by 2.6 percent from February to March, helping North Dakota reach a record high of 977,051 barrels per day. As expected, 94 percent of the state's oil production came from the Bakken and Three Forks formations, with 6 percent coming from legacy conventional pools.

Overall, state officials are pleased with this rapid expansion, considering the harsh winter conditions that impacted much of the country earlier this year. Investments into new technology, chemicals and geographical exploration has resulted in more drilling stations, an increase in the number of functioning wells, more rigs and greater efficiency, all which have led to North Dakota becoming one of the most productive areas of the country in the oil and gas industry.

In the oil and gas market, North Dakota may be considered the Texas of the north, but the Lone Star State still reigns supreme as the dominant oil and gas producer in the country. This blog has already discussed the impressive numbers coming from Texas and the opportunities it has to grow, and now it appears its crude oil output may be on the verge of an extensive surge.

Last year, crude oil production in Texas averaged roughly 2 million barrels per day. Today, analysts are pointing to an influx of new drilling permits and well completions as evidence that Texas' crude production could double by 2020.

It seems as if North Dakota and Texas are in the midst of a rivalry for oil and gas supremacy. This point was alluded to in a recent Dallas Business Journal article.

"When it comes to shale plays, Texas' own Eagle Ford Shale and Permian Basin are still the kings of oil production. North Dakota's Bakken Shale is gaining fast, though," wrote Nicholas Sakelaris, the article's author.

Domestic production has reached such high levels that the United States government is even mulling over the idea of lifting the current ban on oil exports. According to multiple sources, recent international conflicts have presented the U.S. with an opportunity to use its newfound abundance of homegrown oil to assist in areas where oil is needed.

While no decision has been made, analysts have, dating back to last year, promoted the benefits of doing so.

"Oil production has grown more in the United States over the past five years than anywhere else in the world, even as domestic oil consumption has declined. With these changes has come a widening gap among the types of oil that U.S. fields produce, the types that U.S. refiners need, the products that U.S. consumers want, and the infrastructure in place to transport the oil," wrote Blake Clayton, in a 2013 Council on Foreign Relations article. "Allowing companies to export U.S. crude oil as the market dictates would help solve this mismatch."

Whether this happens or not does not take away from the impressive growth witnessed in places like Texas and North Dakota. To ensure this trend continues to move in a positive direction, producers must ensure they have the right tools and chemicals on hand. Chem Rock Technologies provides the fracturing fluids necessary to increase formation fracturing and hydrocarbon production.