In Plumhoff v. Rickard, the United States Supreme Court held that police were justified in firing gunshots at a car that had stopped, following a car chase. 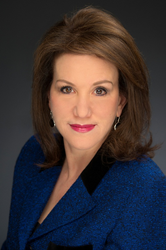 Earlier this week, the United States Supreme Court upheld the police’s use of deadly force to stop a dangerous highway car chase. In Plumhoff v. Rickard, 572 U. S. ____ (2014) (May 27, 2014), the Court ruled in favor of officers who fired gunshots at a car while trying to end a car chase. Federal criminal defense attorney Hope C. Lefeber explains that the Supreme Court’s ruling reinforces its decision in Scott v. Harris, 550 U. S. 372 (2007), in which it ruled that the police were justified in ending a car chase by ramming into the back of the car and causing it to crash.

According to court documents, on the night in question, Donald Rickard was pulled over for only having one operating headlight. Rickard refused to produce his license and sped away from the officer. Five police cars eventually pursued at speeds of over 100 miles per hour. After trying to make a sharp turn to escape the police, the cars collided to a halt. As Rickard was pulling away again, officers fired a total of 15 shots at the car to stop the chase resuming. This caused Rickard’s car to crash, killing both Rickard and his passenger. Rickard’s daughter sued the police for using excessive force.

In line with previous decisions, the Supreme Court ruled that excessive force under the Fourth Amendment can only be determined by balancing the action taken by the officers against the harm caused by the offender. In light of the danger posed by the car chase, the Court concluded that the shots fired were necessary and not unreasonable. The Court further stated that “[i]t stands to reason that, if police officers are justified in firing at a suspect in order to end a severe threat to public safety, the officers need not stop shooting until the threat has ended.”

Ms. Lefeber explains that this decision is important for two reasons. First, because it provides a further insight into the powers the police have in ending threats to public safety. And second, because the Court reminds us that the police are protected by qualified immunity—in other words, even if the Court thought the shooting was an excessive force, the police would still be immune from being sued.