A Federal appellate court has upheld the constitutional right to record police traffic stops, the Law Office of Martin & Hipple has announced. In doing so, the Court allowed a lawsuit against several New Hampshire police officers to proceed. 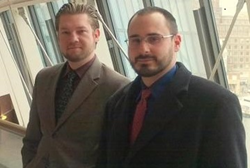 The only reason you know Rodney King’s name is because someone had a camera. - Seth Hipple

According to court documents (No. 12-2326), on the evening of March 24, 2010, former Weare, NH police sergeant Joseph Kelley pulled over a motorist. Carla Gericke stood approximately thirty feet away and attempted to record the interaction. Soon after, Officer Brandon Montplaisir, also of the Weare, NH Police Department, confronted Gericke. Montplaisir eventually arrested Gericke and the Weare Police seized her camera. For recording, she was charged with illegal wiretapping, a felony carrying prison time. All charges were subsequently dropped.

On May 9, 2010, Gericke sued the officers in the Federal District Court for the District of New Hampshire (docket number 11-CV-00231-SM) claiming that recording police is a First Amendment right and that charging her with a crime for recording violated that right.

Gericke’s lawsuit is one of many lawsuits recently filed against the small-town New Hampshire police department, which has come under significant criticism in recent years, as reported by the Concord Monitor.

Court documents show that the officers argued that the right to record police officers should not extend to traffic stops, which the officers argued were “inherently dangerous.” Gericke’s First Amendment claim, they argued, should therefore be dismissed under a process known as “summary judgment.” After losing this argument in the District Court, the officers appealed to the First Circuit Court of Appeals on October 29, 2012 (appellate case number CCA 12-2326).

In its May 23, 2014 order, the appellate court flatly declined to limit the right to record at traffic stops. Referencing Glik v. Cunniffe, a 2011 case where the same Court had upheld the right to record an arrest in a public park (No. 10-1764, 2011 WL 3769092 (1st Cir. Aug. 26, 2011), the Court wrote in its opinion that “First Amendment principles apply equally to the filming of a traffic stop and the filming of an arrest in a public park.”

“I feel vindicated and happy,” Gericke said soon after the decision was handed down. “This was a traumatic experience for me. I had never been arrested before. It’s good to know that the courts won’t allow the police to hide from public scrutiny.”

Rulings from the First Circuit Court of Appeals are binding precedent in Maine, Massachusetts, New Hampshire, Puerto Rico, and Rhode Island and Gericke’s attorneys believe this case will have far-reaching effects. “The case will be cited for many years to come, especially because only a handful of courts have weighed in on the right to record,” said Attorney Stephen Martin of the Concord firm Martin & Hipple, and lead counsel in Gericke’s case against the police officers.

Attorney Martin’s co-counsel, Attorney Seth Hipple, agreed. “The only reason you know Rodney King’s name is because someone had a camera,” he said.

The case will now proceed to trial, unless a settlement is reached.

For more information or to request an interview with Gericke, Hipple or Martin, please email Kari DePhillips at karilee(at)contentfac(dot)com.