World-renowned scientist Dr. Yury Kronn will be speaking at the 33rd Annual Conference of the Society for Scientific Exploration at the Hyatt Regency, San Francisco Airport being held in San Francisco on June 5, 2014 at 2:40pm. 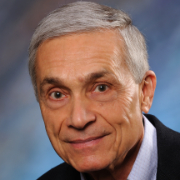 The Society encourages the attendance of students and young investigators, and the conference is open to the public.

World-renowned scientist, Dr. Yury Kronn, will be speaking with the scientific community about the effects of subtle energy physics on cell viability and mitochondrial membrane potential. These experimental results show that subtle energy patterns technologically created to support human cells can effectively provide high viability of cells and protect their mitochondrial functions, even in the presence of poisonous substances. Dr. Yury Kronn of Vital Force Technology in Oregon will be speaking at 2:40 p.m. on Thursday, June 5, at the Hyatt Regency, San Francisco Airport for the at the 33rd Annual Conference of the Society for Scientific Exploration.

An in-vitro experiment with human dermal fibroblast (HDF) cells was conducted to compare the influences of various subtle energy patterns, created with Vital Force Technology, on cells’ viability and longevity while in the condition of “food deprivation.” To create this condition, a growth medium was not replenished throughout the entire course of the experiment. That is, at first, cells grew normally, but once the food ran out, they began to die. Control cells were grown in a standard growth medium, while the experimental cells were grown in the same medium, but infused with different subtle energy patterns. The growth rate of cells grown in energy-infused media was dramatically higher during the growth stage, up to 82% more than in the control group. The best result was demonstrated by the subtle energy pattern that was created specifically for the support of cells’ functioning. Also, cells in energy-infused media died much more slowly than the control cells: on the 9th day, there were between 50% - 83% more live cells in the energy-infused medium.

Another series of experiments was conducted using the human embryonic kidney cell line (HEK-293). To create a food deprivation condition cells were grown in a standard growth medium without the addition of fetal bovine serum (FBS), which is usually used for growing cells. In addition to the absence of FBS, mitochondrial toxins - MMP+, causing symptoms of Parkinson disease, or Rotenone - were added to the experimental samples and half of the control samples. Growth media of the experimental samples were infused with the two subtle energy patterns that produced the best results in the first experiment (described above). After 3 days, the viability of the cells and the mitochondrial membrane potential were compared, using the MMT colorimetric assay, JC-1 dye, and Tecan spectrometer. Measurements showed that both the viability and mitochondrial membrane potential of the experimental cells were significantly better, not only in comparison with the control containing mitochondrial poison, but even in comparison with the non-poisoned control.

The Society for Scientific Exploration (SSE) is a professional organization of scientists and scholars who study unusual and unexplained phenomena. Subjects often cross mainstream boundaries, such as consciousness, unidentified aerial phenomena, and alternative medicine, yet often have profound implications for human knowledge and technology. The SSE was founded in 1982 and has approximately 800 members in 45 countries worldwide. The SSE publishes a peer-reviewed journal, the Journal of Scientific Exploration (JSE), and holds annual meetings in the USA and biennial meetings in Europe.

Founded in 2000 by Russian Radio-Physicist and Inventor Dr. Yury Kronn, and President and CEO Constance Kronn, Energy Tools pioneered a new way of thinking in the medical and energy science field. This forward thinking attitude and scientific approach, coupled with decades of experience in cutting-edge quantum physics research, has built a global company that is uniquely positioned to deliver superior quality products and services, offering all natural health solutions to customers in 40 countries and 2500+ healthcare practices worldwide. http://www.energytoolsint.com