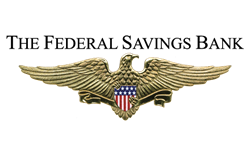 In March, the seasonally adjusted index went up 0.7 percent from previous month.

The latest Home Price Index from the U.S. Federal Housing and Finance Agency showed gains for the 11th consecutive quarter. The Federal Savings Bank finds the data uplifting and supportive of the housing recovery.

According to the HPI, which is calculated using home sales price data from mortgages sold to or guaranteed by Fannie Mae or Freddie Mac, home prices increased 1.3 percent in the first quarter of 2014, up from the previous quarter. Compared to the same quarter in 2013, there was a 6.6 percent gain. In March, the seasonally adjusted index went up 0.7 percent from previous month.

"Although the first quarter saw relatively weak real estate transaction activity - in part due to seasonal factors - home prices continued to push higher in the first quarter," said, Andrew Leventis, the FHFA's principal economist. "Modest inventories of homes available for sale likely played a significant role in driving the price increase, which was similar to appreciation in the preceding quarter."

Of the 100 most populated metropolitan statistical areas in the U.S., 71 had increases in the first quarter of 2014. The Charleston-North Charleston, South Carolina, metro area had the largest purchase-only HPI gains, rising 10.7 percent in the first quarter from the previous quarter. The New Orleans-Metairie metro area was at the bottom of the list, showing a 2.6 percent drop.

The Federal Savings Bank finds that the recent HPI data follows positive appreciation that was shown on the previous report, which was noted by the Obama Administration's April Housing Scorecard as a sign that the housing recovery is continuing at a good pace.

For information about financing a new home purchase while the housing market is on an upward trend, contact The Federal Savings Bank, a veteran owned bank.