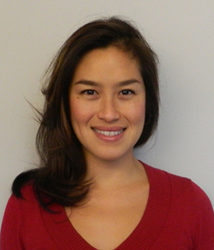 We want the public to know that progress is being made in identifying potential noninvasive biological biomarkers of ADHD which may help to prevent misdiagnosis.

ADHD is a common disorder in children and adolescents that can continue into adulthood. Symptoms include hyperactivity and difficulty staying focused, paying attention and controlling behavior. The American Psychiatric Association reports that ADHD affects 3 to 7 percent of school-age children.

Psychostimulant medications such as Ritalin are among the drugs commonly used to reduce ADHD symptoms. Psychostimulants affect levels of dopamine, a neurotransmitter in the brain associated with addiction.

“Much debate and concern has emerged regarding the continual rise of ADHD diagnosis in the U.S. given that two-thirds of those diagnosed receive psychostimulant medications,” said Vitria Adisetiyo, Ph.D., postdoctoral research fellow at the Medical University of South Carolina in Charleston, S.C. “We wanted to see if we could identify brain iron as a potential noninvasive biomarker for medication-naïve ADHD to prevent misdiagnosis.”

For the study, the research team measured brain iron levels in 22 children and adolescents with ADHD, 12 of whom had never been on medication for their condition (medication naïve), and 27 healthy control children and adolescents using a magnetic resonance imaging (MRI) technique called magnetic field correlation imaging. The technique was introduced in 2006 by study co-authors and faculty members Joseph A. Helpern, Ph.D., and Jens H. Jensen, Ph.D. No contrast agents were used, and blood iron levels in the body were measured using a blood draw.

“Our research suggests that iron absorption into the brain may be abnormal in ADHD given that atypical brain iron levels are found even when blood iron levels in the body are normal,” Dr. Adisetiyo said. “We found no differences in blood iron measures between controls, medication-naïve ADHD patients or pscyhostimulant-medicated ADHD patients.”

If the results can be replicated in larger studies, magnetic field correlation might have a future role in determining which patients would benefit from psychostimulants—an important consideration because the drugs can become addictive if taken inappropriately and lead to abuse of other drugs like cocaine.

“We want the public to know that progress is being made in identifying potential noninvasive biological biomarkers of ADHD which may help to prevent misdiagnosis,” Dr. Adisetiyo said. “We are currently testing our findings in a larger cohort to confirm that measuring brain iron levels in ADHD is indeed a reliable and clinically feasible biomarker.”

For patient-friendly information on MRI of the brain, visit RadiologyInfo.org.