COMIC-CON Registration Sells 130,000 Tickets in 90 Minutes Without a Hitch 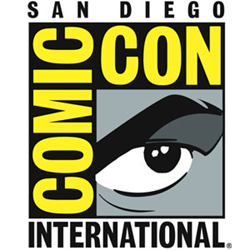 They helped us ensure our registration system was up to the task of handling close to a million San Diego Comic Con attendees, all logging in at nearly the exact same time.

With nearly a million comic book fans poised on the edge of their keyboards, and with only 130,000 badges to this annual pilgrimage up for grabs, web traffic to the Comic-Con ticket sale site rockets into the stratosphere the minute the site opened for business. When the dust settled a scant 90 minutes later, all badges were gone. And though many fans came away empty-handed, the site—plagued by crashes in past years—never faltered. Was it a bird? A plane? No, what saved Comic-Con’s day was Load Tester PRO™ from Web Performance, Inc (WPI). Comic-Con represents the worst-case scenario for any website, with as many as 900,000 visitors competing for a limited number of tickets at the exact same time. Web Performance worked with Event Planning International Corporation (EPIC), Comic-Con’s ticketing agent, to perform large scale simulations of ticket-day traffic to make sure the website could handle the load. The company’s Load Tester Pro software was able to run test cases of up to 1,000,000 simultaneous virtual users.

“Normally when we talk about 900,000 users on a website, it’s in the context of e-commerce, and only 0.1% would be actually hitting the "buy" button at a given time,” says WPI’s Michael Czeiszperger.  “In this case, though, all those people are trying to access a single page to buy tickets at the same time, which is a really difficult situation to handle and test for.”

Generating this many virtual users is no small task. WPI configured Load Tester for 450 load-generating computers in the cloud, dispersed all over the U.S. Testing required several days to identify and fix configuration issues. The result? Fast, consistent page loads during each step of the ticket-buying process with no timeouts or errors.

“It was a pleasure working with Michael Czeiszperger and Web Performance,” says EPIC’s Chris Rykrsmith. “They helped us ensure our registration system was up to the task of handling close to a million San Diego Comic Con attendees, all logging in at nearly the exact same time.  They were very flexible, working around our tight deadlines and constantly changing schedule.”