In her new role, Sharon will focus on advocating for and supporting MSA families as well as on educating healthcare professionals unfamiliar with this rare neurological disorder. 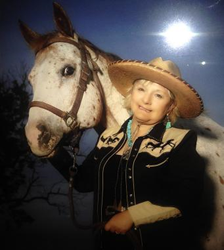 Sharon’s past experience in advocating for rare diseases will benefit our organization greatly. She brings this deep passion to advocate and make things easier for those living with MSA, and their care partners.

Sharon was the primary caregiver for her husband of 39 years, Eric Sutton. He was diagnosed officially with MSA in 2010 and passed away on Nov 11, 2013 at home with his family. Like many others with this rare disorder it took several years to get an official diagnosis. This lack of awareness, even among the medical community, is something that Sharon would like to change. She is now committed to help make things better for other families in Eric’s memory.

Sharon is sadly no stranger to rare diseases, having lost a 3yr old son, Richard, from Biliary Atresia in 1986 following an unsuccessful liver transplant. She and her husband Eric, a former lawyer, had to advocate in a strong way for the liver transplant and for insurance to cover the procedure. They later created the “Transplants for Children” Agency for South Texas to help other families with these issues. The agency is now 27 yrs. old.

Sharon has already done much to raise awareness of Multiple System Atrophy when she was a strident voice for MSA and other rare disorders speaking at the Rare Disease Rally in Austin Texas in February 2013. She has also appeared with her husband Eric in media interviews during March MSA Awareness Month.

“I have gotten to know Sharon over the last few years through the conference calls we do with other caregivers to help support and educate them on MSA”, says MSA Coalition Board Member, Vera James. “I have seen Sharon’s passion to help others with MSA and to fight for the rights of her husband Eric. I was very happy to learn that Sharon had accepted our invitation to the board. Sharon’s past experience in advocating for rare diseases will benefit our organization greatly. She brings this deep passion to advocate and make things easier for those living with MSA, and their care partners. I welcome Sharon to our team and look forward to working with her to better serve MSA families.”