Urbana-based E-commerce company funds “ClickstopCares” program with over $10,000 in June, thanks to new profit sharing program. 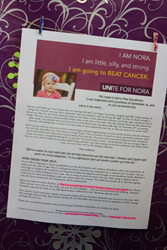 There are so many great causes nominated by our employees; I’m thrilled that we will be able to say ‘yes’ to even more of them.

A new profit sharing program launched earlier this year at Clickstop to reward employees is making an impact on the community.

Clickstop Cares has been a part of Clickstop since shortly after the company was founded in 2005, but the revamped profit sharing now funnels a portion of the company profits in the program. Just a few short months after the new funding option was put into place, the company’s profits added over $10,000 to the program in just one month. The profit sharing program is designed so that Clickstop Cares can earn up to $50,000 annually.

Ashley Rambo, a coordinator for the program says the vision for Clickstop Cares has always been to invest in the communities where employees live and work.

“Whether it’s through volunteerism, financial donations, or educational initiatives, we really see Clickstop Cares as simply a way to give back to our local communities,” said Rambo.

The community giving program is funded primarily through voluntary employee donations, which the company matches dollar-for-dollar. The funds are then used to support employee-nominated causes, such as providing assistance for individuals affected by serious illnesses, purchasing necessities for homeless teens, sponsoring Christmas for families in need, and helping employees who are experiencing hardship.

Clickstop employees are excited to see where the program will focus its efforts with such a large increase in funding.

“People here have such big hearts, I've never seen anything like it.” said Loraine Kelty, a Clickstop Cares coordinator. “There are so many great causes nominated by our employees; I’m thrilled that we will be able to say ‘yes’ to even more of them. The opportunity for Clickstop Cares to earn an additional $50,000 this year through profit sharing is huge for us.”

Rambo also sees the increase in funding as a springboard for making an even bigger impact in NE Iowa.

“It’s so fulfilling to see the program grow with the company. I’m thankful I work for a place that makes it a priority to give back to their people and their communities.”

Based in Urbana, IA, Clickstop is an end-to-end E-commerce business that fulfills orders from its suite of online web stores, including USCargoControl.com, FastenersPlus.com, EcoFoil.com, and SpaceSavers.com. For more information, visit Clickstop.com.