Spin Master, Canada's largest children’s toy and entertainment company, has shipped thousands of toys to children in need in Israel and Gaza. 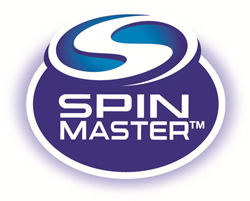 “Kids should only know peace and co-existence,” says Ronnen Harary, Spin Master’s Chairman and CEO. “As an international company, it is important to do our part when it comes to supporting the global community.

Spin Master, Canada's largest children’s toy and entertainment company, has shipped thousands of toys to children in need in Israel and Gaza. With a crew on the ground, Spin Master has ensured that these toys will make it to areas where thousands of children and families are currently seeking shelter. This is the third donation program for a war-torn area launched by Spin Master within the past eight years.

This initiative was a true team effort and would not have been possible without the help and support of a dedicated group especially, El Al Airlines who again provided shipping of the toys completely free of charge.

Dr. Izzaldin Abuelaish, the Gaza doctor currently living in Canada and author of “I Shall Not Hate” also joined the initiative to help distribute Spin Master toys in Gaza.

Organizers on the ground in Israel and in Canada worked with customs officials and all levels of government to ensure the process was seamless and efficient in bringing these donations from Canada to Israel. The entire process, from planning to execution and getting toys into the hands of children in Israel, was completed in under a week with toys being hand-delivered as rockets flew overhead.

“Kids should only know peace and co-existence,” says Ronnen Harary, Spin Master’s Chairman and CEO. “As an international company, it is important to do our part when it comes to supporting the global community. Once again, we can express our commitment to spreading goodwill without any political or ethnic agenda.”

Spin Master prides itself on community engagement and ensuring that children everywhere can share the joy of play and the feeling of fun. This is reiterated through numerous donations to support children of all backgrounds and communities, including shipments to New Orleans in the wake of Hurricane Katrina, and supporting many other local charities throughout the year. Spin Master’s continued effort to give back has been an inspiration for many who wish they could do more for those less fortunate.

About Spin Master Ltd.
A multi-category children’s entertainment company, Spin Master has been designing, developing, manufacturing, and marketing consumer products for children around the world since 1994 and is recognized as a global growth leader within the toy industry. Spin Master is best known for such popular brands as boy’s action phenomena and 2009-2010 Boy’s Toy of the Year winner Bakugan Battle Brawlers™, and award-winning brands Air Hogs®, Aquadoodle™, Spin Master Games™ including the popular Hedbanz™, Tech Deck™, Zoobles™ and SpyGear™. The company has also marked an entry into children’s media with the launch of Spin Master Entertainment, a subsidiary focusing on the design, development and production of television and other media properties. Spin Master employs over 900 people with offices in Toronto, Los Angeles, London, Paris, Hong Kong, Mexico City, Munich, and Milan. For additional information, please visit: http://www.spinmaster.com.

Spin Master volunteers deliver toys to a hospital in Israel