Ticket Down announces that demand for tickets is at an all time high for the Guinness International Champions Cup Match between international soccer powerhouses Manchester United and Real Madrid at “The Big House” in Ann Arbor, MI. This well-known ticket exchange is offering their customer appreciation promo code SOCCER-2014 for added savings. 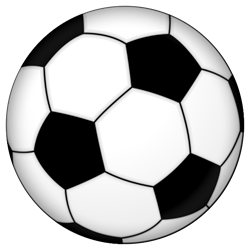 Real Madrid and Manchester City to Battle it out at the Michigan Stadium in Ann Arbor, Michigan on Saturday, August 4th

Ticket Down is a reputable source for affordable Real Madrid vs. Manchester United Tickets in Ann Arbor, MI on Saturday, August 2nd. Two of the most popular club teams in the world of international football will be competing on American soil on Aug. 2 when Manchester United and Real Madrid tangle at “The Big House,” in Ann Arbor, Mich. The home of the University of Michigan is also known as Michigan Stadium. The venue is one of the most prestigious in all of American sports and has also hosted numerous other monumental events in its history. These two teams will be competing in this match as part of the 2014 Guinness International Champions Cup.

The International Champions Cup is a tournament that is held annually featuring eight club teams from around the world. This will be the second year the event has had its current name and the fifth overall year it has been run in the United States and Canada. It was previously known as the World Football Challenge and the format is basic and simple. The eight teams are broken up into two groups (Group A – Manchester United, Real Madrid, Inter Milan, AS Roma and Group B – Manchester City, Liverpool, Olympiacos, and AC Milan) and will play round robin format against each other member of the group. At the conclusion of the group stage, the team with the most points will play each other in the championship at Sun Life Stadium in Miami Gardens, Florida.

In the history of the tournament, Real Madrid has been the best team, winning three of the four previous titles. Things didn’t go as well as the La Liga club was hoping in their opening game, dropping to Inter Milan on penalty kicks. In regulation, only Gareth Bale was able to hit the back of the net with the ball, scoring on a 30-yard strike. In the opening game for Manchester United, The Red Devils won defeated AS Roma, 3-2.

Manchester United was led in their opening match by their longtime superstar, Wayne Rooney, who scored two goals in the first half to put them up 2-0 at halftime. Spanish midfielder Juan Mata added the third and decisive goal for Manchester United.

Manchester United, which was originally founded in 1878 will once again rely on Rooney and Mata to lead them in this match with Real Madrid. In their history, Manchester United is one of the most successful in English football, having won every major title. They are one of the richest teams in professional sports around the world and will be led on the sidelines by their new manager, Louis van Gaal, who most recently led the Netherlands to a third place finish at the World Cup in Brazil.

In La Liga, Real Madrid is the crème de la crème. They have won 32 La Liga titles, as well as countless other championships including a record 10 European Cup/UEFA Champions League titles, and three Intercontinental Cups. The team will look to the world’s best football player, Cristiano Ronaldo, to lead them past Manchester United in this critical match.

Ticket Down delivers tickets to sold out concerts and events worldwide when no one else can, and they do so at discounted prices. This popular ticket exchange also has Mexico vs. Chile tickets, Manchester United vs. Real Madrid tickets at Michigan Stadium in Ann Arbor on Saturday, August 2nd. Ticket Down also has tickets to the Manchester United and Real Madrid Open Training Sessions on Friday, August 1st. Add promo/coupon code SOCCER-2014 for added savings on any ticket order.