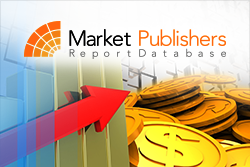 The market for distribution switchgear up to 50kV declined worldwide in 2009 on the back of the economic slump and was not back on track till 2012. The demand for switchgear at higher voltages kept on increasing during the period but has practically flat lined from 2010 and is expected to grow at very moderate tempo until 2022. The Western European market fell sharply in 2008, but is expected to increase gradually over the forecasted period. The very same pattern is mirrored by Asia (with China being exception) but commencing in 2009. The market in North America also fell in 2009 but is projected to grow at a higher tempo. China’s market stagnated during 2008-2009, increased through to 2011 to then slow again in 2012. The growth through to 2022-end will be around half the rates witnessed up to 2008.

The supplier base keeps on evolving in reaction to the markets. ABB is the leading producer of HV switchgear with products across the entire spectrum of the high voltage range. Siemens comes second and Alstom remains in third place as the amalgamation of the old Areva T&D business into Alstom and Schneider (HV and MV parts respectively) unfolds. The Schneider share has now increased to over 6%. How much is due to their increased market penetration and how much is due to the distribution switchgear sector increasing remains unclear.

More new market research reports by the publisher can be found at Goulden Reports page.