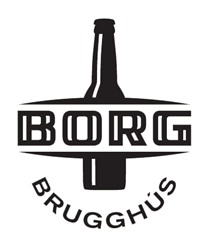 A common source of fuel in Iceland-which lacks the trees needed for firewood-sheep droppings provide a renewable source of fuel that is often used in smoking to cure meat and fish.

One of only a handful of craft breweries to open in Iceland since brewing was legalized in 1989, Reykjavík’s Brewery Börg is known for their innovation and creative techniques in the craft beer market. Börg is proud to announce the release of Fenrir, soon to be available in the U.S. for the first time. Named after a Nordic wolf god, Fenrir is an Icelandic Smoked IPA made with a curious new ingredient--malt smoked with droppings from Icelandic sheep.

A common source of fuel in Iceland--which lacks the trees needed for firewood--sheep droppings provide a renewable source of fuel that is often used in smoking to cure meat and fish. The malt is smoked over the animal droppings before being used in the brewing process. Much like beers brewed in Scotland utilizing peat-smoked malt, the technique gives the beer a unique and incomparable full-bodied and nutty flavor. An innovative version of a classic IPA style, Fenrir has a dry hop bitterness that is balanced with rich undertones of smoke.

Fenrir is the second beer from Brewery Börg available in the states, joining Garun, a rich and strong Icelandic Stout that clocks in at an impressive 11.5% ABV. Total Beverage Solution acquired the rights to the Brewery Börg portfolio in February and is proud to be representing the brand. Fenrir is now available now for pre-order by e-mailing BelgianExperts(at)TBSBrands(dot)com.

About Brewery Börg: A branch of one of Iceland’s oldest beverage companies, Brewery Börg was created as an outlet for creativity and innovation when craft brewing was legalized in 1989. Intent to improve beer culture across the country, Brewery Börg aims to highlight local ingredients and experiment with novel flavors while staying true to the nation’s culinary heritage. They offer a unique selection of beers that are designed to accompany Iceland’s rich and diverse Nordic cuisine. Find out more at belgianexperts.com.