HMRC & the truth about tax planning

Commenting on the latest spate of celebrity tax avoidance and HMRCs distaste for what they’ve judged to be underhanded, illegal accountancy, Pryce Warner International Group offer insight into some of the lessons to be learned from the Mercury Tax Group, the ill-advised investment company who presented the all too aggressive, now infamous Liberty tax avoidance scheme. 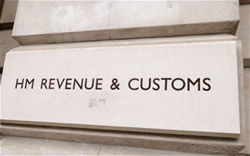 ...nobody’s really sure where the passive/aggressive tax avoidance line has been drawn...

As reported on July 9th in an article by money.aol.co.uk, a new wave of celebrities have made HMRC’s tax-avoidance hit-list, joining past high-profile victims such as Jimmy Carr, who famously succumb to the taxman’s eagle-eyed scrutiny and merciless demand for recompense. Some 33,000 people have now been targeted by HMRC, making many people’s tax year memorable for all the wrong reasons.

In recovering professionally protected tax revenue, the latter has evidently been deemed illegal when applied too aggressively. Should HMRC do more to clarify the separation between the two closely-knit worlds of tax evasion and tax avoidance? Despite widespread accusations of “moving the goal posts” to suit the taxman's needs and causing unnecessary hardship for less affluent investors, HMRC remain resolute.

A secondary problem faced by lesser known celebrities is the fact that these tax demands must be repaid up-front, before any appeal or legal wrangling can ensue. Controversially, any wrongfully targeted parties cleared of wrongdoing must wait for their reimbursement, but any refunds are usually swallowed up when paying for court costs that were never intended to be undertaken in the first place.

“The Liberty scheme is quickly becoming one of the most publicised tax avoidance tools in recent history. Finding an established company that’s operated for years is no longer enough for individuals to safeguard their investments and because nobody’s really sure where the passive/aggressive tax avoidance line has been drawn, fears are mounting. HMRC have always been keen to keep all taxpayers mindful of their dues and targeting large schemes is one such measure to bring this point to the fore. Finding the most tax-effective savings and investments vehicles is critical when managing tax liability and increasing the final value of assets and investments.”

HMRC, the Mercury Tax Group and their misguided celebrity clients have taught investors a few investment lessons: How quickly investment parameters can shift, the true value of legitimate tax havens, how high returns inherently involve high risk and finally, how failing to fully understand an opportunity when presented can be disastrous, are all critical aspects that must be accounted for.

Many Online news outlets including C4 have been awash with reports that list Bryan Robson, Eddie Jordan, Gary Barlow, George Michael, Mark Knopfler, Mel Gibson, Placido Domingo and Sir Michael Caine are amongst many other celebrities to be implicated in these widely sensationalised, tax avoidance activities. But they’re probably just glad they didn’t bend the rules like (David) Beckham may’ve, because his expected tax bill is speculated to exceed the £1bn mark.

Prospective investors should bear in mind the following: Don’t sign what you don’t understand and if the incentive seems incredible, it probably is. Akin to HMRC decision-making, markets can change overnight. A host of proven, tax-friendly investment products are available, so for those who don't know a QROPS from a NISA, paying the price for professional help will always prove cost-effective.