Mr. Rooter rolled out five new franchise locations in the second quarter of 2014. 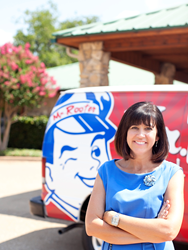 We are excited to strengthen the Mr. Rooter brand and look forward to continued success.

“Our continued growth speaks not just to our brand,” Mary Kennedy Thompson, president of Mr. Rooter, said. “It speaks to the outstanding dedication of our franchisees as well, and without them we would not be the company that we are today. We are excited to strengthen the Mr. Rooter brand and look forward to continued success.”

Gass, who purchased a new franchise location in Chattanooga, also owns a Mr. Rooter franchise in Trenton, Georgia. He has owned his franchise in Georgia since 2011.

“We are pleased with our growth this quarter,” Heather McLeod, Director of Franchise Sales Marketing at The Dwyer Group® and National Brand Manager for Mr. Rooter, said. “As a company, we love helping people achieve their goals through business ownership and these new franchisees are warmly welcomed into the Mr. Rooter family.”

In June of 2014, USA Today and the WorldFranchising Network selected Mr. Rooter as one of the 50 Top Franchises for Veterans. Mr. Rooter participates in initiatives that provide discounts to Veterans who want to become business owners through franchising.

About Mr. Rooter:
Founded in 1968 Mr. Rooter is a full service plumbing and drain cleaning company that provides residential and commercial services to customers. In 1972, Mr. Rooter began franchising. Mr. Rooter is a subsidiary of The Dwyer Group. Mr. Rooter currently has more than 300 franchises worldwide.