In her new role, Cyndi is poised to advance her goals of increased education, awareness, and fundraising for Multiple System Atrophy. With her doctorate in mathematics education from Columbia and experience in running her own non-profit, Cyndi is a stellar addition to the Coalition team. 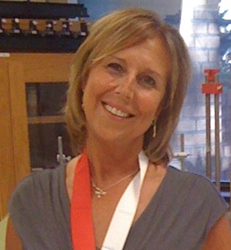 Waging war against MSA is both a personal fight to conquer the beast that stole my beautiful mother, and a passionate goal to help those now engaging in the same battle. If those of us who have travelled this path do not help, then who will?

The Multiple System Atrophy Coalition, a growing nonprofit 501(c) 3 organization dedicated to serving patients, caregivers and families affected by the neurological disorder Multiple System Atrophy (MSA), announced the appointment of Dr. Cynthia Roemer of Howell NJ to its Board of Directors. MSA is a rare degenerative neurological disease of the brain and spinal cord, and is often classified as one of the “Parkinson’s-Plus” conditions. In addition to resembling Parkinson’s disease (MSA Type P), MSA has additional symptoms involving impairment of the cerebellum (MSA Type C) and/or the autonomic nervous system.

Cyndi was primary caregiver to her late mother, Dolores, until losing her to MSA on Mother’s Day of 2009. The creator of Faces of MSA, a video tribute to MSA patients illustrating the devastation and loss attributed to this disease, Cyndi is a strong proponent of bringing awareness to this rare disease. In 2012, she and her family founded MSA NJ, a non-profit to support those impacted by MSA throughout the tri-state area. Cyndi worked with the MSA Coalition to host their annual conference in NJ that same year. Each year since, MSA NJ has provided support, awareness, and funds for research.

Determined to ease the journey for other patients and families dealing with the impact of MSA, Cyndi is an advocate for the MSA Community. “Waging war against MSA is both a personal fight to conquer the beast that stole my beautiful mother, and a passionate goal to help those now engaging in the same battle. If those of us who have travelled this path do not help, then who will?” There are many lessons she learned about dealing with the disease and living life to the fullest in spite of the diagnosis. Sharing these lessons and tapping from her mother’s strength and determination, in order to help others is something she is driven to do.

“Cyndi is no stranger to hard work and dedication when it comes to meeting professional and personal goals,” stated Judy Biedenharn, President of the MSA Coalition.     “Experience in education and volunteerism are valuable assets for any organization to have in their leaders, but add these to Cyndi’s intimate understanding of life with multiple system atrophy, and we have a dynamic combination that can only be described as a “win-win” situation for both patients and the Coalition. We value Cyndi’s experience and awareness of MSA issues and wholeheartedly welcome her as a member of the MSA Coalition’s Board of Directors”.