Seven Things to Do on Labor Day Weekend in Las Vegas

BestofVegas.com counts down the best Labor Day Events in Las Vegas from parties to shows to concerts. 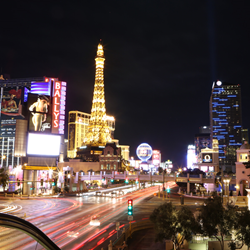 Things to do on Labor Day Weekend in Las Vegas

Las Vegas welcomes travelers to celebrate the achievements of America’s great laborers this Labor Day weekend with a diverse array of fun-filled events. For those searching for a relaxing holiday getaway or those gearing up to party all weekend long, Las Vegas promises the weekend of a lifetime this Labor Day.

1.    The SLS Las Vegas
Guests will be transported back to the luxurious world of ‘Old Vegas’ at the brand new SLS Las Vegas Hotel & Casino. This legendary new Vegas hot spot officially begins its reign just in time for Labor Day weekend. The glamorous new hotel features Life Nightclub that opens August 29th with a special performance by Laidback Luke. The lovely Foxtail Lounge features Nico & Vinz on August 30th, while Dirty South keeps the party going over at Life. The SLS will have its exorbitant pool open for guests looking to relax in the sun, and will also host an array of fine dining establishments including Bazaar Meats by Jose Andres, Katsuya by Starck, and The SLS Buffet. The grand opening of SLS Las Vegas is the place to be this Labor Day weekend.

2.    Zarkana – 2 for $99
Whether relaxing in Las Vegas’ resorts or partying in the hottest clubs is on the itinerary this Labor Day Weekend. Catching a Las Vegas show is an essential part of the experience, and nothing says “Las Vegas show” more than Cirque du Soleil. So be dazzled by the magic and mystery of one of the newest Cirque du Soleil shows in town, Zarkana, where awesome acrobatics, dexterity, and music fuse for an awe-inspiring show. Now, BestofVegas.com is exclusively offering 2 tickets for $99 (plus taxes & fees) through September.

3.    XS @ The Wynn
Vegas’ most talked about nightclub kicks off Labor Day weekend with electronic music’s most talked about artist. Grammy winning DJ, Skrillex, will get the party started on Friday, August 29th with an exhilarating performance, followed by legendary producer David Guetta DJing on August 30th. XS gets wet and wild on August 31st with a stunning, poolside performance by Zedd. Finally, XS out does itself on September 1st with a double feature, presenting Skrillex and Diplo spinning together. Labor Day weekend at the XS will be jam-packed with famous DJs, Las Vegas socialites, and electrifying beats, all joining forces to create an unforgettable holiday weekend.

4.    Ed Sheeran @ The Cosmopolitan
On August 29th and August 30th the Cosmopolitan opens the doors to the Chelsea venue, and warmly invites audiences in for two consecutive nights with the charming and talented, Ed Sheeran. This hit, British songwriter made waves in the United States with chart topping tracks like “A Team”, “Lego House”, and “Drunk”. His recent duet with Taylor Swift gained him even more popularity, and now he visits Las Vegas this holiday weekend for a brilliant, one-of-a-kind performance that will captivate new and old fans alike.

5.    Rehab @ The Hard Rock
Las Vegas’ most popular pool party does not disappoint this labor with two performances by out-of-this-world artists. Jason Derulo kicks the holiday weekend off on August 30th. Derulo topped the charts in 2009 with the R&B anthem, ‘In My Head’, and has since kept fans under the spell of his sexy hit singles that he’ll be serving up this Labor Day. Rehab heats up on August 31st with the legendary, Puff Daddy. The richest man in hip hop makes Rehab a pool party like no other this Labor Day. Party goers are guaranteed the time of their life at the Hard Rock’s wild holiday celebration.

6.    Keith Urban @ The Cosmopolitan
The Australian country music star has topped the music charts internationally, again, and again since the beginning of his career in 1991. Now, Keith Urban comes to rocks the Chelsea at the Cosmopolitan on August 31st. The multiple Country Music Award winner takes a break from hosting NBC’s The Voice to perform an unbelievable repertoire of hits and fan favorites this Labor Day weekend. Experience the countryside, Vegas-style, this holiday weekend with Keith Urban.

7.    Haze Nightclub @ Aria
On August 30th, EDM’s hottest trio lights up Haze Nightclub for the Labor Day performance that will be the talk of Las Vegas. After major success in the electronic music scene with their single “Alive”, Krewella began blowing up in popular dance music festivals and touring internationally. Now, this techno tri-force treats Haze Nightclub to a full DJ set that will have the dance floor bumping! Krewella will dish out a Labor Day performance for the ages at Haze this holiday.

Sin City delivers the best of the best in events this upcoming holiday weekend. For more information on Labor Day events, celebrities and happenings, check out BestofVegas.com.

About BestofVegas.com
BestofVegas.com is an Entertainment Benefits Group Company (EBG) and has been delivering Las Vegas travel fun since 2001. Negotiating the best rates on hotels, tours, and shows, we work directly with partners to help visitors save money and really explore Vegas. EBG operates more than 35 locations in Las Vegas with a customer service call center available seven days a week. BestofVegas.com delivers special offers, exclusive Cirque du Soleil backstage tours, and great deals on what makes Vegas so fun.