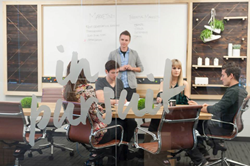 We are honored to be named to the Inc 5000 list among such amazing companies. It’s a testament to our teams focus, energy, and expertise that we are doing this for the second time.

Inc. magazine has ranked mobile ad network Motive Interactive No. 2748 on its 33rd annual Inc. 500|5000, an exclusive ranking of the nation's fastest-growing private companies. The list represents the most comprehensive look at the most important segment of the economy—America’s independent entrepreneurs. The San Diego-based mobile user acquisition firm joins companies such as Yelp, Pandora, Timberland, Dell, Domino’s Pizza, LinkedIn, Zillow, and many other well-known names that gained early exposure as members of the Inc. 500|5000.

“We are honored to be listed on the Inc 5000 among such amazing companies. It’s a testament to our teams focus, energy, and expertise that we are doing this for the second time,” says Motive Interactive CEO, Brendan Smith. "Our company has long been recognized as a leader in online marketing. However, our staff's ability to identify opportunities, adapt to new technologies, and gain unsurpassed industry knowledge in the fast moving mobile advertising segment is astonishing and I could not be prouder."

The 2014 Inc. 5000, unveiled online at Inc.com and with the top 500 companies featured in the September issue of Inc. (available on newsstands August 20 to November 30), is the most competitive crop in the list’s history. The average company on the list achieved a mind-boggling three-year growth of 516%. The Inc. 5000’s aggregate revenue is $211 billion, generating 505,000 jobs over the past three years. Complete results of the Inc. 5000, including company profiles and an interactive database that can be sorted by industry, region, and other criteria, can be found at http://www.inc.com/profile/motive-interactive.

"What surprises me, even though I know it’s coming, is the sheer variety of the paths our entrepreneurs take to success, thematically reflecting how our economy has evolved,” says Inc. President and Editor-In-Chief Eric Schurenberg. “This year there are far more social media and far fewer computer hardware businesses than there were, say, six years ago. But what doesn’t change is the fearsome creativity unleashed by American entrepreneurship.”

The annual Inc. 5000 event honoring all the companies on the list will be held from October 15 through 17, 2014 in Phoenix. Speakers include some of the greatest entrepreneurs of this and past generations, such as Michael Dell, Martha Stewart, host of the CNBC show “The Profit” Marcus Lemonis, Container Store Founder and CEO Kip Tindell, and Chobani Founder and CEO Hamdi Ulukaya.

About Motive Interactive
Founded in 2003 by entrepreneur Brendan Smith, Motive Interactive is a performance-based online and mobile marketing network with a focus on user acquisition in the mobile and online game segments. A proven innovator, Motive develops and markets technologies, strategies and services that increase our advertisers' ROI's and our publishers' profits. Motive maintains its technical, marketing and sales operations in San Diego, California. A lean staff of 25 industry experts powers this growing company with a dedication to their clients' success defines as the companies operating philosophy.

Methodology
The 2014 Inc. 5000 is ranked according to percentage revenue growth when comparing 2010 to 2013. To qualify, companies must have been founded and generating revenue by March 31, 2010. They had to be U.S.-based, privately held, for profit, and independent--not subsidiaries or divisions of other companies--as of December 31, 2013. (Since then, a number of companies on the list have gone public or been acquired.) The minimum revenue required for 2010 is $100,000; the minimum for 2013 is $2 million. As always, Inc. reserves the right to decline applicants for subjective reasons. Companies on the Inc. 500 are featured in Inc.'s September issue. They represent the top tier of the Inc. 5000, which can be found at http://www.inc.com/profile/motive-interactive.

About Inc. and the Inc. 5000
Founded in 1979 and acquired in 2005 by Mansueto Ventures, Inc. is the only major brand dedicated exclusively to owners and managers of growing private companies, with the aim to deliver real solutions for today's innovative company builders. Total monthly audience reach for the brand has grown significantly from 2,000,000 in 2010 to over 6,000,000 today.