2014 Declared “The Year of Christian Film” 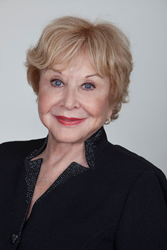 In the 1970s, Learned starred as the beloved “Olivia Walton” on The Waltons television show, garnering three Emmy Awards for Outstanding Lead Actress in a Drama Series. She later earned a fourth Emmy for her starring role as “Nurse Mary Benjamin” in the drama series Nurse in 1982. (The Waltons can currently be seen on INSP.)

Highlighting the power of story to change culture, the “168 Film Festival” showcases the work of worldwide filmmakers competing for top honors and more than $25,000 in cash and prizes. The event is presented annually by 168 Film, an organization founded in 2003 to train and equip filmmakers in the how-to’s of making God-honoring films.

This year’s festival takes on additional importance as the press declared 2014 as “The Year of Christian Film” following a host of box-office hits that grossed record numbers while dealing with faith-based themes (“God’s Not Dead;” “Heaven Is For Real,” “Son of God,” “Noah”).

Learned holds double distinction at this year’s festival. In addition to being a presenter, she is up for two Best Supporting Actress awards. Both comedies, the films are "Unplugged," produced by James Runcorn; directed by Craig Anderson; and "The Parcel," produced by April Manor and directed by Liz Hewes.

"I’m excited to participate on so many levels of this powerful storytelling project," says Learned. “It’s an honor.”