Founder and CEO of Infuse Creative, LLC, Gregory Markel, appeared as a mentor this past Tuesday on Ken Rutkowski's 'Business Rockstars' radio and web show to join host Rutkowski in providing feedback and advice to WhereW/Who App founder Max Siskin. 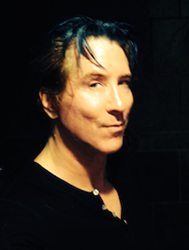 Founder and CEO of Infuse Creative, LLC, Gregory Markel, appeared as a mentor this past Tuesday on Ken Rutkowski's "Business Rockstars" radio and web show to join host Rutkowski in providing feedback and advice to 'WhereW/Who' App founder Max Siskin.

Ken and Gregory worked together on the "Business Rockstars" segment to mentor WhereW/Who App founder Max Siskin who's launched a new app to make it easier to find and coordinate friends and places to socialize around.

Ken Rutkowski is the host, co-founder, co-owner and President at Business Rockstars, Founder, President and host of KenRadio Broadcasting which is syndicated on CBS Radio, the Founder of the Media, Entertainment and Technology Alliance known as METal and he is also the local partner of the Los Angeles chapter of the Founder Institute. Also in January 2010, Rutkowski became a partner and analyst in innovation and social media at Free Form, a media company that translates "potent thinking into stories that move people." Rutkowski has been a guest lecturer at Loyola University, Northwestern University and University of Illinois - Champaign/Urbana to name a few. He has also been a guest speaker at Massachusetts Institute of Technology, University of Southern California, University of California - Los Angeles, University of California - San Diego, and University of California - Berkeley and other universities. Rutkowski has hosted Business Rockstars since June 18th, 2012. The program features discussions with CEOs and entrepreneurs about financing, marketing and networking.

Gregory also is co-founder of VizualNOW, a TV, Film & Web production and event company, founder of LOVELiiFE, a startup that uses technology to make people's relationships better, and a recording artist with a forthcoming EP to be released later this year and a song in "The Peacemakers," directed by Emmy winning Amardeep Kaleka, which will debut this September 2014.

"Business Rockstars" is a daily M-F radio show on KFWB News-Talk 980 for entrepreneurs by entrepreneurs. Host Ken Rutkowski connects the listener to some of the biggest names in business to share their experience and knowledge of entrepreneurship. Previous guests have included Larry King, Henrik Fisker, Cheryl Tiegs, Nolan Busnell, Michael Robertson and many others.