Business leaders, policymakers, and researchers will join together at Cyber Security Summit 2014 to learn about the latest cyber security issues, identify new threats, and collaborate on countermeasures and action-based solutions. 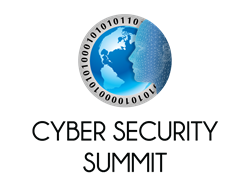 Cyber Security Summit 2014 has announced its lineup of keynote speakers. The two-day Summit, held on October 21-22 at The Commons Hotel in Minneapolis, will bring together business leaders, policymakers and security researchers to learn about the issue of cyber security and collaborate on solutions to the problem.

The 2014 keynote speakers and presentation topics are:

"What the Cyber Security Crisis Means for American Business”

Stewart A. Baker is a partner in the Washington office of Steptoe & Johnson LLP. He returned to the firm following 3½ years at the Department of Homeland Security as its first Assistant Secretary for Policy. While at DHS, Mr. Baker led successful negotiations with European and Middle Eastern governments over travel data, privacy, visa waiver and related issues. Mr. Baker managed one of the nation’s premier technology law practices at Steptoe before accepting the DHS post. Described by The Washington Post as “one of the most techno-literate lawyers around,” Mr. Baker’s practice covers national security, electronic surveillance, law enforcement, export control encryption, and related technology issues. He has been a key advisor on US export controls and on foreign import controls on technology. In addition, he was responsible for spearheading the government-private sector coalition that permitted major telecommunications equipment manufacturers and carriers to break the decade-long deadlock with law enforcement on wiretapping of modern technology, permitting successful implementation of the Communications Assistance for Law Enforcement Act (“CALEA”).

Laz works with Fortune 500 companies and emerging technology companies in building IT security, IT risk, and compliance solutions. Laz is the former CISO and the visionary behind the Information Security and Compliance team for the Sears Online Business Unit. In that role, Laz drove efforts in creating an Information Security and Fraud big data platform to combat cyber-criminal activities and protecting the international business unit. Prior to joining the online retailer, Laz was the CISO for Silver Tail Systems where he built the Information Security and Compliance program from the ground up. Laz is also the inventor of several patents for controlling personally identifiable information, Information Security, and quantifying security risks. His involvement with security initiatives includes contributions for standards, policies, and frameworks regarding Information Security methodologies, Web application security, and IT risk. While enlisted in United States Air Force (USAF), Laz was decorated twice, including two USAF Achievement Awards for using his expertise in the area of operational efficiencies, information technology, computer security, and leadership qualities at two highly visible USAF bases.

Brian L. Levine serves as a prosecutor in the Department of Justice’s Computer Crime and Intellectual Property Section (“CCIPS”). Prior to joining CCIPS, Mr. Levine served as an Assistant Attorney General in the Internet Bureau at the New York Attorney General’s Office; a county prosecutor in Detroit, Michigan; and a civil litigator in Silicon Valley. Mr. Levine has clerked for federal judges in the Southern District of Florida and on the Seventh Circuit. He earned his J.D. from New York University, and his B.A. from the University of Pennsylvania.

Matt is the Director, Cyberspace & Security Program at the Truman Project and Center for National Policy. In this role, he leads the program’s Steering Committee and directs the organization’s cybersecurity policy initiatives. Matt has been published in multiple outlets including Roll Call, Politico, The Hill, San Jose Mercury News, and Christian Science Monitor. Previously, Matt served as the Director of Legislative Affairs at the Truman National Security Project. In that capacity, he ran the Congressional Security Scholars program and was the principal author of the Truman Security Briefing Book. Matt advises Members of Congress and congressional staff on foreign affairs and defense policy.

Dr. Ron Ross currently leads the Federal Information Security Management Act (FISMA) Implementation Project, which includes the development of key security standards and guidelines for the federal government, contractors, and the United States critical infrastructure. Dr. Ross has authored numerous cyber security publications and is the principal architect of the NIST Risk Management Framework. Dr. Ross also leads the Joint Task Force Transformation Initiative Working Group, a joint partnership with NIST, the Department of Defense, and the Intelligence Community, to develop a unified information security framework for the federal government. A graduate of the United States Military Academy at West Point, Dr. Ross served in a variety of leadership and technical positions during his twenty-year career in the United States Army. He is a three-time recipient of the Federal 100 award and has been inducted into the Information Systems Security Association Hall of Fame. During his twenty-year military career, Dr. Ross served as a White House aide and as a senior technical advisor to the Department of the Army.

It seems that nearly every day, the headlines announce a new security breach impacting yet another company. With such a steady stream of incidents, why do some stories seem to grow legs and drag on long after the incident has occurred, while others are mere blips on the radar? The answer oftentimes has to do with the company’s own reaction. Whether in the strategic development of an incident response plan or in the frantic aftermath of a breach, it’s often easy to overlook the potential damage to your most valuable asset – your corporate reputation. How then can you take steps both before and after to mitigate that impact, even while you’re throwing all your resources at preserving more tangible assets? Loren will walk through key lessons learned from recent high-profile data breaches, and discuss how you can apply them to your own preparation and response planning.

Visit http://www.cybersecuritysummit.org/regoptions.html to register for the Summit.

The Cyber Security Summit changes the paradigm of how we look at digital space and security by clarifying the impact that cyber security has on our nation's government and business operations. The Summits create multi-stakeholder venues, which bring together business leaders; local, state and federal government; and citizens at large, to lead and innovate solutions to cyber threats. With prominent keynote speakers and engaging panel discussions, Summit participants will collaborate on cyber security initiatives, learn from industry experts and acquire actionable solutions.