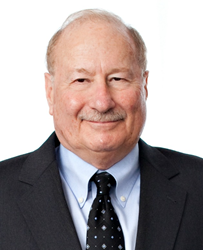 Parents need to pay attention to (these settlements), and I think teachers do, too.

Stephen A. Sheller of Sheller, P.C. announced today that Shire Pharmaceuticals, LLC has agreed to pay $58.9 million to resolve allegations by the Sheller whistleblower client that Shire violated the False Claims Act. Court documents detailing the civil allegations and settlement were signed by Shire and unsealed today by the Office of the United States Attorney for the Eastern District of Pennsylvania.

Sheller, assisted by Sheller, P.C. attorneys including former assistant U.S. Attorney Joseph Trautwein, worked with the whistleblower to prepare the case, submit evidence and file the complaint under seal with the government according to court documents.

ADHD is a chronic condition in children and adults, according to the Mayo Clinic, marked by difficulty sustaining attention, hyperactivity and impulsive behavior that can affect the ability to function in everyday life. Experts at Mayo say that treatment will not cure the condition, but that it can help with the symptoms. The FDA cautions doctors and patients, however, on their approved labeling of Adderall and Vyvanse. Both have a “Black Box Warning,” with Adderall’s stating “Amphetamines have a high potential for abuse; prolonged use may lead to dependence. Misuse of amphetamines may cause sudden death and serious cardiovascular adverse reactions.” The Vyvanse label adds the statement “Assess the risk of abuse prior to prescribing and monitor for signs of abuse and dependence.”

The settlement documents allege that Shire also claimed their drug Vyvanse was not “abuseable.” The Department of Justice in the court documents say Shire sales representatives “made false and misleading statements about the efficacy and ‘abuseability’ of Vyvanse” despite no supporting clinical data, to avoid requirements for prior authorization” for “abuseable” drugs as set by the government health program Medicaid.

The court documents indicate the government also found that pharmaceutical company employees “knowingly and improperly made phone calls and drafted letters to Medicaid to assist physicians” with prior authorization policies that “may only be requested by health care providers and their staff.” The documents continue with more details, that the Shire sales representatives “failed to disclose they worked for Shire” when contacting Medicaid to “induce the physicians to prescribe Vyvanse paid for by Medicaid.”

Further allegations by government prosecutors include that Shire marketed Lialda, an FDA approved drug for ulcerative colitis, as more effective than other medications and that the drug “would induce ‘complete remission’” of the condition despite a lack of clinical data to support such a claim. Shire’s Pentasa, another drug for disruptive digestive conditions, was, according to the court documents, promoted by the drug manufacturer as a treatment for Crohn’s disease and indeterminate colitis, which were not FDA approved uses of the drug.

About Stephen A. Sheller and Sheller, P.C.

Sheller, P.C. represents plaintiffs injured by defective drugs, devices, and consumer products nationwide as well as whistleblowers reporting corporate and government fraud. Founded by Stephen A. Sheller and in practice since 1977, Sheller, P.C. has challenged some of the largest corporations in the United States, including pharmaceutical and medical device companies, auto, tobacco and others.

The firm’s off-label marketing and federal and state False Claims Act qui tam whistleblower cases have recovered more than $6.3 billion for the U.S. Government and taxpayers to date, including some of the largest in U.S. history.(Verdicts and settlements as listed below, 1,2,3,4,5,6)