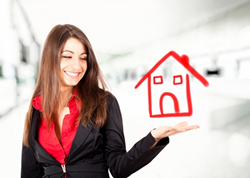 Although the drop in inventory could increase competition, prospective buyers can still make competitive offers with mortgage pre-approvals

The Federal Savings Bank was intrigued by the recent September 24th new residential sales report from the U.S. Census Bureau and Department of Housing and Urban Development, suggesting that August was a popular month to make a new home purchase.

The pace of new-home sales in August marked the highest rate since January 1992, Bloomberg Businessweek reported. The news source also noted the gains exceeded projections made by 74 economists surveyed by Bloomberg. They predicted a pace of 430,000 units, and the estimates ranged from 405,000 to 455,000.

Prices present mixed results:
Employment sector gains will be welcome, as the Census data indicated sale prices for new homes sold in August showed some positive results. The average sales price increased from $345,100 in July to $347,900 in August. Between August 2013 and the same month this year, the average was up from $310,800.

The month-over-month comparisons of average and median new-home sale prices indicate the often-cited trend of slowing price appreciation. Weaker price gains could slow the pace of the housing market's recovery from the mortgage crisis, as it will take underwater homeowners more time to regain equity, as reported by MarketWatch on September 23rd.

However, there is one positive effect of the trend. Some prospective home buyers have been priced out of the market by hot home prices, and the cooling rate will likely encourage more consumers to purchase a new home.

New-home inventory dips:
As the pace of new-home sales heated up, the number of new properties on the market declined. The supply was 4.8 months at the current sales rate in August, down from 5.6 months in June.

Although the drop in inventory could increase competition, prospective buyers can still make competitive offers with mortgage pre-approvals. Plus, Bloomberg Businessweek said borrowing costs are historically low, which means consumers can get financing for a nice price.