Online retailer for name labels and personalised products Labels4Kids has won in 4 categories at the recent Online Retail Awards. 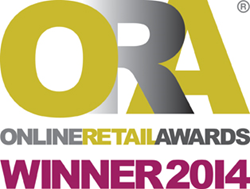 "We are elated and honoured - but after 5 consecutive years of winning I think this was the last time we entered" jokes Ann-Maree Morrison, Founder of Labels4Kids

It was yet another successful awards ceremony for the e-commerce business Labels4Kids.

This marks the fifth year in a row that Labels4Kids has won at the Online Retail Awards.

"They must really like us here," joked Ann-Maree afterwards, "but I do think this is the last year we will enter in this contest!"

Labels4Kids owes its success to its dedication to excellent customer service and its commitment to an ever expanding range with smart personalised products not only for labelling but also for fun!

The company is happy to hereby share the exciting news that they have now launched an all new gift range. Newly added to the website are customisable travel mugs, water bottles, aprons and placemats, to name a few, all with that familiar Labels4Kids touch.

The range of bags has also been expanded to fit more needs and uses with backpacks for the little ones, student backpacks for the older ones, reinforced homework bags and boot bags for conveniently transporting their muddy shoes after football practice.

See you on the website and in the all new gifts section!
http://www.labels4kids.com