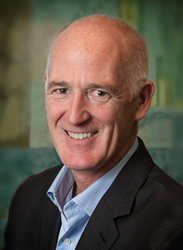 The court seems to be saying: If the employer had offered the alternative position again after the employee had quit then the employer could have saved 24 months termination pay.

In a recent court case, Farwell v. Citair, Inc. (General Coach Canada), 2014 ONCA 177, the Ontario Court of Appeal ordered Citair, Inc. to pay a former employee 24 months termination pay after he refused to accept another job within the same organization at the same salary, and quit. He claimed he was demoted and therefore constructively dismissed.

Doug MacLeod of the MacLeod Law Firm believes that this decision came as a surprise to many employers because an earlier decision from the same court ruled that an employee is required to accept another job within an organization “where the salary offered is the same, where the working conditions are not substantially different or the work demeaning, and where the personal relationships involved are not acrimonious”, Misfud v. MacMillan Bathurst Inc. 1989 CanLII 260 (ONCA).

In the Citair case, the court did not disagree with the employer’s position that salary and working conditions would have been almost the same as his previous position, the only difference being a likely reduction in bonus. And personal relationships were not acrimonious.

MacLeod who has been advising both employees and employers for over 25 years says that this is not the first time the Ontario Court of Appeal has issued a decision that has blind-sided employers.

In a 2008 decision, Wronko v. Western Inventory Service Ltd., 2008 ONCA 327, the employer gave an employee 24 months notice that it would reduce his termination pay entitlement from 24 months to 30 weeks.

According to MacLeod, “At the time, it was generally accepted that an employer could provide reasonable notice of a change in a fundamental term of employment.”

MacLeod notes the Ontario Court of Appeal again created a new obligation that an employer must satisfy in order to avoid paying termination pay. In particular, MacLeod notes “the employer could have avoided this result by saying the same thing in a slightly different way. That’s right: instead of saying “we are going to reduce your termination pay entitlements in 24 months” the employer should have said “we are going to terminate you in 24 months and offer you the same job with reduced termination pay entitlements.”

MacLeod observes that both employee counsel and employer counsel are frustrated with these kind of decisions because it is difficult to advise clients on their rights and obligations in constructive dismissal situations. “In both these cases, the employer could not comply with a (new) common law obligation because it was unaware of this obligation at the time it made its decision.”