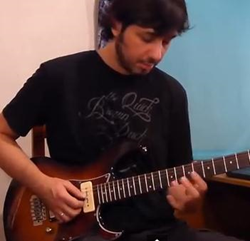 About GuitarControl.com
GuitarControl.com is the leader in modern guitar instruction. It’s packed with recourses including articles, video lessons, and the best videos in the business for the beginner to the advanced guitar student taught by the best instructors out there. Whether you are into the blues, rock, jazz, metal, folk, or anything in between, they have you covered.