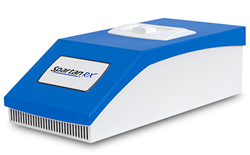 As a Canadian company, we are proud that our rapid DNA testing technology has the potential to improve healthcare for millions of Canadians.-Paul Lem, M.D., CEO of Spartan Bioscience

The Spartan RX CYP2C19 System is the first near-patient DNA test for personalized medicine that has been approved in Canada. Due to the system’s ease of use, Health Canada has determined that it may be used by healthcare professionals such as doctors, nurses, pharmacists, and laboratory technicians, in medical care sites and clinical laboratories.

Leading Canadian hospitals such as the University of Ottawa Heart Institute, Toronto General Hospital, St. Michael’s Hospital, and Sunnybrook Health Services Center are already using the system as part of a landmark 5,270-patient clinical trial called “TAILOR-PCI”. The trial is using Spartan Bioscience’s rapid genetic test to personalize antiplatelet drug therapy for heart attack patients with cardiac stents. Genetic carriers are being switched from Plavix® (clopidogrel) to alternative drugs that are not affected by CYP2C19 genetic mutations. Plavix® is one of the best-selling drugs in the world, with over $9 billion in revenues in 2009. The trial is sponsored by the Center for Individualized Medicine at Mayo Clinic in the United States.

“The Spartan RX CYP2C19 System helps doctors treat patients faster with the most effective drugs,” said Paul Lem, M.D., CEO of Spartan Bioscience. “As a Canadian company, we are proud that our rapid DNA testing technology has the potential to improve healthcare for millions of Canadians.”

About CYP2C19
The CYP2C19 enzyme metabolizes approximately 15 percent of all prescribed drugs, including important drug classes such as antiplatelet therapies, beta blockers, antidepressants, proton pump inhibitors, and anti-epileptics.(1) About 30% of Caucasians, and more than 50% of Asians and East Indians, carry CYP2C19 gene variants that reduce response to drugs metabolized by CYP2C19.(2,3,4,5) These include widely-used drugs such as Plavix®, Inderal®, Celexa®, and Losec®.

About Spartan Bioscience
Spartan Bioscience is the leader in on-demand DNA testing.(6) Spartan is bringing complete sample-to-result DNA testing systems to medicine. Spartan’s technology fully integrates DNA collection, extraction, and analysis, with an intuitive interface that is easy to operate. In the same way that mainframe computers gave way to personal computers, high-throughput DNA testing systems in central labs are giving way to decentralized devices. For the first time, healthcare providers and their patients can get DNA results on demand. For more information, please visit our website at: http://www.spartanbio.com.