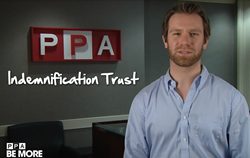 With the Indemnification Trust, PPA can stand behind our members and let them know they aren’t alone through the process. Obviously, it can help save them lots of money, but more than that, it saves their reputation, and in some cases, their business.

Professional Photographers of America (PPA) announced today the totals it has paid to protect, defend, respond or pay back on behalf of members who faced malpractice suits in 2013 and 2014.

The Professional Active member benefit, called the Indemnification Trust, protects PPA members in instances of equipment malfunction, errors or unsatisfied clients (like the infamous Bridezilla) and even data loss. Through the trust, a PPA member who encounters a malpractice suit will report a claim and then receive advice from PPA’s attorneys. If litigation can’t be avoided, the trust will appoint and pay for a local attorney to defend the photographer and pay any damages awarded to the client. PPA members never pay an attorney’s bill and are only responsible for a small deductible.

“We hope our members never have to use this benefit, but they’re sure happy to have it when they do,” said Kristen Hartman, PPA’s director of member value and experience. “Getting sued is an incredibly nerve-wracking situation for a photographer and the result could be crippling for their business. With the Indemnification Trust, PPA can stand behind our members and let them know they aren’t alone through the process. Obviously, it can help save them lots of money, but more than that, it saves their reputation, and in some cases, their business.”

PPA members (who live in the U.S. or Canada) who identify themselves as wedding or portrait photographers are automatically enrolled in the program, but given the large lawsuit risks at stake, it is recommended for all other photography specialties. Whenever Murphy’s Law strikes, PPA’s Indemnification Trust will be there to help.

“I joined PPA for the safety of the Indemnification Trust, but I didn’t think I’d ever have to use it,” said one PPA member. “The trust covered my business when we had a camera stolen at a wedding several years ago—with the images still inside! The Indemnification Trust was a rock in an otherwise stressful and emotional time for our studio.”

For more on the Indemnification Trust, visit PPA.com/Indem. To be more protected by joining the more than 27,000 photographers who have the trust, equipment insurance and copyright protection behind them, go to PPA.com/Join.