Attorney shares news you can use with Richmond, Va.-based commercial asset management firm about upcoming revolution for investors and businesses. 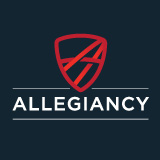 As part of the Jumpstart Our Business Startups (JOBS) Act, the U.S. Securities and Exchange Commission (SEC) is expected to announce the new rules for Regulation A+ (Reg A+) shortly.

Attorney Robert R. Kaplan Jr. has been involved in Reg A+ since its inception, working on enactment of the JOBS Act in Congress and the A+ rules of implementation with the SEC.

His law firm, Kaplan Voekler Cunningham & Frank (KVCF), is one of the few regularly providing counsel on Regulation A deals.

Steve Sadler, CEO of Allegiancy, a Richmond-based commercial real estate asset manager, plans for his company to be one of the first to become an active participant in the new Reg A+ marketplace.

This year, Allegiancy offered $5 million in securities under Regulation A in order to be poised to be a leader in this space. (See related press release)

Today, Allegiancy spoke with Rob Kaplan to find out the latest on Reg A+ and what it could mean to U.S. investors and small and medium-sized enterprises (SMEs) alike.

Allegiancy: Rob, could you tell us what Reg A+ is and why you’re enthusiastic about it?

Kaplan: “Reg A+” is really a modification of the exemption under Regulation A, which creates an option for companies to raise through a public securities offering up to $50 million in a 12-month period, as opposed to the original limitation of $5 million. Regulation A is not like other exemptions from public registration when raising capital through offering securities. It is not based on how the securities are offered, or their ability to be resold. So Regulation A permits a public security, which is not restricted to accredited investors, to be sold publicly and resold without restriction.

I believe that Reg A+ has the potential to be a game-changer for countless small- and medium-sized businesses and investors because it gives them access to capital on a much more favorable basis than ever before.

Allegiancy: How can Reg A+ help SMEs and investors to grow?

Kaplan: For the past 20 years, the doors to the public capital markets have been effectively closed to SMEs, and only the largest investors could gain access to young and promising companies. Reg A+ creates an “intermediate” class of public securities available to “Main Street” investors that enable mid-market businesses to raise capital efficiently. It creates enormous opportunities for issuers and investors alike. Further, the proposed Reg A+ rules provide for basic reporting by issuers that will be available to the public via the Internet. By creating this greater transparency and openness for these types of companies, along with the liquidity of tradable public securities, it will be an important impetus of growth for our economy.

Allegiancy: What’s the significance of Reg A+?

Kaplan: To date, each issuer has been required to gain permission for every offering from each individual state where the security was to be sold. This state-by-state process can be time-consuming and costly, and it creates uncertainty for issuers, registered representatives, and investors as to the timeliness and availability of an offering. Many times, investors were left out when a specific state regulator imposed a new requirement on the offering, while many issuers invested many months and spent tens of thousands on the legal fees associated with navigating the maze of state authorities.

The SEC’s proposed rules for Reg A+ offerings provide for the pre-emption of this process on a state-by state-level. Meaning that the states could not impede the offering of Reg A+ compliant securities within their respective jurisdictions. This relieves huge burdens of time, costs, and uncertainty on issuers and opens up a significant opportunity for registered reps and their clients to invest in smaller companies early in their life cycles.

Alternatively, states have suggested a process called “coordination.” Coordination would mean that one state would “referee” the process with those states where you wish to offer. While this could, arguably, significantly streamline the process, logistically, it would still require all states involved to review. Pre-emption is favored by the private sector.

Allegiancy: Exactly how does Reg A+ expand opportunities for investors and investment professionals?

Kaplan: Again, under the old laws, the vast majority of investors were not allowed to make investments in smaller companies because of the cost-prohibitive nature of the traditional initial public offering (IPO). Generally, the younger growth companies would raise money through private equity funds, venture capitalists, or private placement offerings (under Reg D), which were open to only accredited investors meeting much higher net-worth and income standards, as defined by the SEC.

Approximately 8.5 million accredited investors in the United States meet those current standards, but this number could shrink under proposed revisions to the definition. With Reg A+, more than 171 million investors and savers in the United States would be eligible. So the market would increase considerably, creating a huge opportunity for investment professionals to grow their client base, and of course for the investors to be part of new opportunities.

Allegiancy: Reg A+ is part of the JOBS Act, and both have been described as “the Democratization of capital.” Why is that significant for the average investor?

Kaplan: Prior to the JOBS Act, access to public capital has been severely restricted. Increased regulation over the last 20 years has made public offering and reporting prohibitively expensive. The Sarbanes-Oxley and Dodd-Frank laws, for example, made it palatable only to the largest issuers and investment banks.

At the same time, the largest investment gains have generally accrued to early investors in young companies. Think about opportunities like Google, Facebook, or Uber: who made millions and sometimes billions? It has been the early investors — the big-dollar, accredited guys, including angel investors, venture capital funds, and private equity funds. These opportunities have not been open to Mr. or Mrs. Jones on Main Street.

With Reg A+, the average Mr. or Mrs. Jones, with good counsel and competent advice from investment professionals, will have access to a much wider range of options, including access to “the next big thing” companies. Given the financial repression by the Federal Reserve, most of us will need a few big winners in our portfolio to be able to retire, so Reg A+ could be really important.

Allegiancy: Can you explain more about what Reg A+ will mean to issuers and broker-dealers? Are there any potential problems?

Kaplan: For broker-dealers, financial advisors, and registered representatives, the ability to sell in smaller increments to a greater number of purchasers on a public basis may be just what they are looking for. When the field is expanded from 8 million to more than 170 million, and the liquidity of publicly tradable securities is created, that’s a huge opportunity to help people improve their investments and retirement results.

For issuers as well, this sales dynamic could be a powerful attraction to Reg A+. A significant structuring issue though: Issuers will remain subject to the registration requirements of Section 12(g) of the Securities Exchange Act of 1934 (the “34 Act”), and those reporting requirements if triggered.

At the same time, however, the ability of broker-dealers to conduct these offerings in “street name” can allow issuers to avoid many of the entanglements around Section 12(g) and its requirements of registering and reporting the 34 Act. That ability makes broker-dealers a critical and irreplaceable element of this capital channel in the future. (Read Kaplan’s full article on this subject here)

Allegiancy: What do you think about our company’s decision to be an “early adopter” of the new rules and our plan to offer preferred equity securities within 30 days of the Reg A+ rules announcement?

Kaplan: I think it’s bold. While Allegiancy will no doubt encounter issues and setbacks inherent with any new law, I also believe your company stands to reap the vast potential of this exciting opportunity. Allegiancy can become a pioneer in a national revolution that will help strengthen small businesses, create new jobs, and usher in a new era for investors.

Allegiancy is changing the business of asset management for commercial real estate owners and investors. With an advanced technology platform and singular focus on serving as the owners’ advocate, the company brings fresh vigor to an often poorly understood business. Combining its proactive Value Assurance? operational rigor with an intense focus on cash flow and profitability, Allegiancy is expanding on a track record of more than four decades of success.

Headquartered in Richmond, Va., and led by a team of seasoned professionals and more than 100 years of experience, Allegiancy manages properties that have outperformed their peers by 45% since 2006. The company has more than $300 million in assets under management (AUM) and delivers clients attractive returns and profitable, hassle-free investments in commercial real estate.

To schedule an interview with Allegiancy’s leadership, contact Audrey Bevel at audrey@allegiancy.us or 866.842.7545 ext. 204.

This press release contains forward-looking statements within the meaning of the Private Securities Litigation Reform Act of 1995 and other federal securities laws. These forward-looking statements are based upon the Allegiancy, LLC’s (the “Company”) present expectations, but these statements are not guaranteed to occur. Furthermore, the Company disclaims any obligation to publicly update or revise any forward-looking statement to reflect changes in underlying assumptions or factors, of new information, data or methods, future events or other changes. Investors should not place undue reliance upon forward-looking statements. For further discussion of the factors that could affect outcomes, please refer to the “Risk Factors” section of the offering circular dated January 14, 2014 and filed by the Company with the U.S. Securities and Exchange Commission on January 15, 2014. The offering circular, and any supplements or updates thereto, is available on the EDGAR system located on http://www.sec.gov.