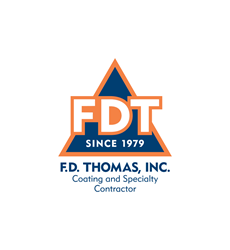 Given the local reputation of one company and the wide-ranging expertise of the other, this acquisition is advantageous for both of us.

D. Zelinsky & Son’s longstanding tradition of high quality and versatility will continue unimpeded and uninterrupted. The business will retain its name and remain in operation as a majority owned subsidiary of F.D. Thomas, Inc. Dan Thomas, who founded F.D. Thomas in 1979 and continues today as president, sees this deal as a win-win.

“Given the local reputation of one company and the wide-ranging expertise of the other, this acquisition is advantageous for both of us,” said Thomas. “It offers F.D. Thomas valuable name recognition and customer relationships in the SF Bay Area commercial painting market.”

D. Zelinsky & Sons was once one of the largest painting contractors not only in San Francisco, but the U.S. In 1936, they were the only painting contractor capable of completing the massive painting of the U.S. Library of Congress and the Department of the Interior. D. Zelinsky & Sons has seen its sales volume dip in recent years. Reenergized by the backing and leadership of new corporate ownership, the company is now well positioned to regain lost market share.