Unbound will be hosting an immersive experience at First Fridays in the Crossroads Nov. 7 and again on Saturday, Nov. 8 at The Living Room Theatre. Live music at 8:00 p.m. both nights. 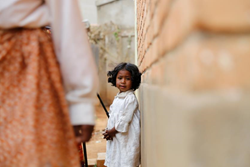 A photo wall at the event will feature photos, like this one, from Madagascar.

This project is about bringing worlds together. What makes this record unique is that we aren't recording in a sterile studio, but where our families live and work, with.

Our assignment was simple: find the best music from the Unbound community in Madagascar and record it.

Along the way, we encountered inspiring people who enriched our journey. We took what we found and created a First Friday exhibit and a music CD.

HEMISPHERES: Sound Photographs from Madagascar brings viewers into the lives of those who made the music in a series of what we call “sound photographs,” which have been put together for this unique exhibition.

A photo wall at the event will feature photos, like this one, from Madagascar.

Blending photography, music, interactive media and immersive imagery, HEMISPHERES surrounds the senses, traveling to the corners of a remote island nation. What is revealed is the heart of a resilient people, the prevailing joy over sorrow, with songs presented in a swirl of vivid imagery and sound.

"This project is about bringing worlds together," said Barclay Martin, a Kansas City musician and new channels coordinator at Unbound. "What makes this record unique is that we aren't recording in a sterile studio, but where our families live and work, with life swirling around them. This event is an invitation into that space."

Unbound is the largest nonprofit in Kansas with more than $120 million in annual revenue. The organization works directly with children, families and the elderly in 21 developing countries as they confront the challenges of poverty and work toward a better life.

Unbound distributes direct aid as quickly and efficiently as possible to people who need it. More than 93 percent of all the money Unbound spends goes to program support.