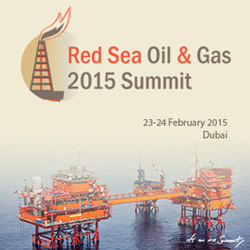 It's an IRN Summit!

The interesting complex of geological structures in the Red Sea generates numerous commercial opportunities. In the eastern waters, companies who have deep-water exploration technology or expertise from the North Sea and the Gulf of Mexico are well-positioned to be prospective partners for Saudi Arabia. There have been reported two oil and gas discoveries over the past year and there is an entire construction plan in place to facilitate extraction operations and energy transportation.

Yemen shares the same frontier basin with Saudi Arabia but there have been no wells drilled so far. Considering that out of 421 wells drilled in the country, 55 are producing fields, the likelihood of more commercial discoveries in Yemen’s waters is extremely high.

The Red Sea in Egypt, Sudan, Eritrea and Djibouti boasts more shallow waters and this is very encouraging for companies to initiate explorations in the vastly under-explored waters. In Egypt there have been some drillings and in the past couple of days, an interesting offshore investment plan was also announced in Djibouti.

More information about the Red Sea Oil & Gas 2015 Summit are available on the website http://www.redseasummit.com