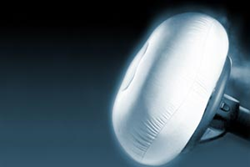 Takata airbag lawsuits are beginning to mount in U.S. courts that seek compensation from Takata, Inc. and various automakers on behalf of consumers who purchased or leased vehicles with allegedly defective airbags, The Oliver Law Group P.C. reports. According to court documents, one class action complaint was filed this week in U.S. District Court, Southern District of Florida that alleges Takata, Toyota Motor Corp., Honda Motor Co. and others “knew or should have known that the Takata air bags installed in millions of vehicles were defective.” The complaint seeks compensation for any consumer who purchased or leased a vehicle involved in the Takata airbag recall announced earlier this month. (Case No. 14-cv-24009)

A second Takata airbag lawsuit was also filed this week in U.S. District Court, Central District of California, by five individuals who either purchased or leased BMW, Honda and Toyota cars that plaintiffs claim are unsafe because of Takata airbags. The Takata airbag recall lawsuit alleges that Takata and other defendants “did not fully investigate or disclose the seriousness of the issue and in fact downplayed the widespread prevalence of the problem.” (Case No. 14-cv-08324)

Earlier this month, a Takata airbag recall was issued in the U.S. for more than 7 million vehicles manufactured by General Motors, Chrysler/Dodge, Ford, Toyota/Lexus, Honda/Acura, Mazda, Mitsubishi, BMW, Subaru, and Nissan. If the airbags are deployed, the inflator can rupture, sending shrapnel into the air that can seriously injure vehicle occupants. According to a report from the Associated Press, at least four deaths in U.S. auto accidents have been tied to defective Takata airbags.
(nhtsa.gov/About+NHTSA/Press+Releases/2014/ci.Vehicle-owners-with-defective-airbags-urged-to-take-immediate-action.print, October 22, 2014)
(freep.com/story/money/cars/2014/10/23/takata-air-bag-recall-effort/17771295/, Associated Press, October 23, 2014)

Court documents indicate that Takata airbag lawsuits filed on behalf of individuals who were allegedly injured due to airbag ruptures are also beginning to mount in U.S. courts. Most recently a Florida woman filed one such lawsuit after a Takata airbag allegedly exploded in her 2001 Honda Civic, causing her to sustain serious head injuries. (Case No. 1:2014cv23944)

Takata’s legal woes don’t end with civil lawsuits. Reuters reported last week that Takata is now being targeted by the U.S. Attorney’s Office for the Southern District of New York, which is trying to determine if the Japanese company misled U.S. regulators about the number of defective air bags it sold to automakers. This week, the National Highway Traffic Safety Administration ordered Takata to turn over documents pertaining to the airbag recall, and to answer questions about its handling of the problems under oath.
(reuters.com/article/2014/10/22/us-usa-takata-investigation-idUSKCN0IB2HD20141022, Reuters, October 22, 2014)
(reuters.com/article/2014/10/30/us-takata-nhtsa-order-idUSKBN0IJ29320141030, Reuters, October 30, 2014)

The Oliver Law Group is offering free legal reviews to individuals who were injured, as well as the families of those killed, due to allegedly defective Takata airbags. To learn more about filing a Takata airbag lawsuit, please contact our office by calling 800-939-7878 today.

About The Oliver Law Group P.C. And Filing A Takata Airbag Lawsuit

Oliver Law Group P.C. is a different kind of law firm. One that focuses on the needs of the injured first. A compassionate law firm dedicated to fighting for the rights of victims and their families, and doing everything necessary to ensure those rights.

If you would like to learn more about filing a Takata airbag lawsuit, turn to the law firm with the Experience, Dedication, and Trust you deserve. Contact the Oliver Law Group P.C. for your free case review by calling toll free 800-939-7878 today.