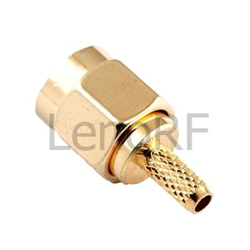 Recently, LenoRF, a well-known electrical accessory supplier in the global market, has unveiled its new range of SMA JACK Reverse Polarity Edge Mounts. What’s more, the supplier has launched a big promotion to expand its market share. On its website, all the newly announced SMA JACK Reverse Polarity Edge Mounts are available at discounted prices, up to 35 percent off.

Now, the addition of the new model will enable many businesses to have one more choice, so that they can enjoy the one-stop shopping experience, and they don’t need to spend much energy to go from store to store in search of SMA JACK Reverse Polarity Edge Mounts.

LenoRF is offering various kinds of high quality electronics connectors; a lot of its products are offered at affordable prices. More importantly, many of them have won praise from worldwide distributors. The company has thousands of happy clients throughout the world.

About LenoRF
LenoRF is an online supplier of high end electrical equipment. It is a China-based company that aims to provide customers with high quality products at the lowest possible prices. Customers can try the company’s products through sample orders with a long-term contract. Most customers come back soon after receiving their first deals.More details about the company’s useful products can be found at http://www.rfcnn.com/SMA-JACK-REVERSE-POLARITY-EDGE-MOUNT-FOR-PCB-RF-CONNECTOR-448.html.