The Animal Tales app is available for download on the App Store and gives animal lovers the opportunity to create 16-page illustrated storybooks featuring their pet! 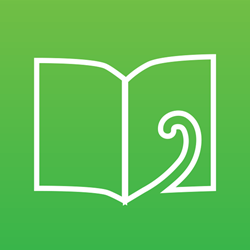 By giving users the ability to customize their Tale, our intention is to tap into each pet owner’s imagination and give them a whole new way to have fun with their pet.

Today the team behind the successful ResQwalk app released Animal Tales, a free iOS app that enables users to create customized illustrated storybooks featuring their pet. The storybooks can be created and shared for free, or printed for $12 with 20% of proceeds going to animal rescue.

“Our vision with Animal Tales was to create a unique, easy to use product for animal lovers to have fun with,” said Animal Tales Founder Bailey Schroeder. “I think we’ve achieved that goal and I’m excited to see the response.”

Upon downloading the app, users have access to a catalog of stories referred to as “Animal Tales” or “Tales”. Each Tale is an original, 16-page illustrated story authored by one of Animal Tales’ network of authors. Users can customize each Tale with their pet’s name, gender and photo(s). There is no limit to how many Tales a user can customize. A user can also customize the same Tale multiple times to cover all the family pets.

“By giving users the ability to customize their Tale, our intention is to tap into each pet owner’s imagination and give them a whole new way to have fun with their pet,” said Bailey Schroeder.

Animal Tales has reached out to authors across the United States and Canada to create the different Tales.

“As someone who has been lucky to share her life with some amazing animals, I knew it would be a lot of fun to work on a story where my four legged friends had a chance to be the star of the show,” said New York based author Rebekie Bennington when asked why she wanted to get involved with the app.

At launch users will have three Tales to choose from, and a new Tale will be published on the app each week going forward. All previously released Tales will be accessible in the “catalog” section of the app. Customized Tales can be shared for free as eBooks, or printed as 5.5” x 5.5” softcover books for $12 (US Domestic shipping included). Users can order books directly from the app.

20% of proceeds from each printed Animal Tale will be donated to the more than 1,150 rescue groups in the US and Canada that participate in the ResQwalk app (available for iOS and Android). ResQwalk, is a free mobile app that enables people to raise money for their favorite animal rescue just by walking. For more information visit http://www.resqwalk.com.

Animal Tales is based in New York City and has plans to release its Android app in early 2015. The iOS app, compatible with iPhone and iPad, is available worldwide and the Animal Tales team plans on building its catalog of Tales to support multiple languages in the future.

Animal Tales, based in New York City, is an iOS app (available on both iPhone and iPad) that takes the magic of storytelling to a whole new level through customization. With the app, users create 16-page illustrated storybooks (known as “Animal Tales” or “Tales”) featuring their pet. The Tales are created by Animal Tales’ network of authors. For more information, please visit http://www.animaltales.co, or follow us on Twitter (@animaltalesbook) and Facebook (facebook.com/AnimalTalesStories).