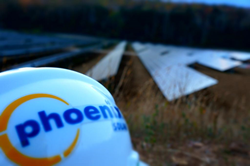 Both of our new Vice Presidents are an excellent addition to our senior management and bring decades of experience in the power and construction industry to our existing high-level team.

Shawn brings over twenty-six years of experience in business development, contract management and construction supervision for various power, industrial, and chemical projects to Phoenix Solar. He will be responsible for the company’s US sales organization. Prior to joining Phoenix Solar, Shawn was the Director of Business Development for Quanta Power Generation.

The company also announced that Kevin Hennessy has joined Phoenix Solar as Vice President Operations. With over thirty years of design and construction experience, Kevin will lead the project execution team and will work hand in hand with Shawn Mangan to ensure that clients receive a quality EPC product delivered on-time. Most recently, as VP Power Plant Systems at Alion Energy, Kevin lead the development, design and construction of the world’s most innovative utility scale solar power plant system. Prior to this he was Director of Construction Services for Sunpower and in that role was involved in over 500MW of projects built around the world. His team continued to stretch the limits and built some of the largest solar power projects in the world.

Dr. Murray Cameron, CEO and President of Phoenix Solar Inc. says: “Both of our new Vice Presidents are an excellent addition to our senior management and bring decades of experience in the power and construction industry to our existing high-level team. As we are growing our pipeline in the U.S. it is important for us to have the right leaders in place to not only guarantee the efficient execution of new projects but also to shape our company during this next stage of expansion.”

Asked about the current market and outlook Dr. Cameron adds: “With the next large scale project we are building for Duke Energy in North Carolina we have achieved another important milestone in building a company in the United States based on high quality German engineering principles. The efforts of the entire team are opening new opportunities across the US and I am proud to be part of this success story.”

About Phoenix Solar Inc.
Established in California in 2010 as the U.S. subsidiary of Phoenix Solar AG, Phoenix Solar Inc. (http://www.phoenixsolar.us) is a leader in the design, construction, operation and maintenance of solar photovoltaic power plants in North America. The company's technology-neutral approach enables the experienced team to objectively provide the best solar solutions for developers, independent power producers, utilities as well as public and private electricity offtakes. Landmark projects include a large ground mounted systems for Volkswagen in Tennessee and the currently largest power plant east of the Mississippi, the Social Circle Solar Park with 38.6 MWp. Both plants are owned by Phoenix Solar’s strategic partner Silicon Ranch Corp.

About Phoenix Solar AG
Phoenix Solar AG (http://www.phoenixsolar-group.com) is an international photovoltaic system integrator headquartered in Sulzemoos near Munich. The Group develops, plans, builds and operates large-scale photovoltaic plants and is a specialist wholesaler for turnkey power plants, solar modules and accessories. With subsidiaries on three continents, the company has sold solar modules with an output of significantly more than one gigawatt since its founding in 1999. The shares of Phoenix Solar AG) are listed on the official market (Prime Standard) of the Frankfurt Stock Exchange.