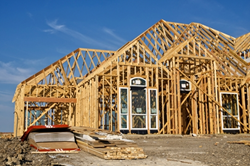 Toll Brothers' CEO Douglas Yearley echoed the happiness many home builders feel regarding the strong finish to the 2014 housing market and optimism as they approach 2015.

"For the first time in four quarters, our contracts were up in both dollars and units compared to the prior year's same period," said Yearley in the release. "We also saw solid growth in our traffic and deposits. We are pleased with our strong finish to FY 2014 and, given the fourth quarter's improvement in demand, begin FY 2015 with optimism."

Homeowners interested in becoming pre-approved for mortgages for their newly built homes should contact the Federal Savings Bank, a veteran owned bank.