The University of Tromsø Expands Use of Asetek’s Liquid Cooling 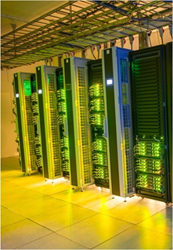 Asetek is particularly pleased with the expansion of the UiT’s Stallo cluster. UiT was our first RackCDU customer and their extensive pilot testing has validated our performance, reliability and waste heat re-use claims.

Asetek®, the world’s leading supplier of computer liquid cooling solutions, today announced that it has received an order for five RackCDU™ to expand on the University of Tromsø’s (UiT) existing installation in Norway. The order is of strategic importance to Asetek as it is a repeat order following 12 months of real life pilot testing and builds on UiT’s previously announced program to reduce energy consumption in the University’s new HPC (High Performance Computing) facility. In addition, this installation of RackCDU D2C™ is the first to enable waste heat recovery by using the heat from the servers to heat the university campus.

“Asetek is particularly pleased with the expansion of the UiT’s Stallo cluster. UiT was our first RackCDU customer and their extensive pilot testing has validated our performance, reliability and waste heat re-use claims,” said André Sloth Eriksen, Founder and CEO of Asetek. “Asetek’s liquid cooling for data centers address key European issues such as high energy costs, the need for “green” technology and the importance of waste energy reuse.”

UiT’s success with the pilot installation has lead to this rollout across the cluster’s HP 6500/SL230 servers with over 6500 processor cores. Known as the “Artic University of Norway”, UiT is the world’s northernmost university with four campuses spread out across Northern Norway.

“Asetek’s liquid cooling is significant in UiT’s vision to become, not only a leader in supercomputing, but the world’s leader in green High Performance Computing by both reducing energy requirements of the data center itself and by recouping energy for district heating,” said Svenn Hanssen, Head of Section Research and Educational IT, University of Tromso. “Our testing has shown it is possible to achieve greater than 70% waste heat recycling that can then be used for heating campus buildings.”

RackCDU D2C is a “free cooling” solution that captures server heat, reduces data center cooling costs by over 50% and allows increases in data center server density. D2C removes heat from CPUs, GPUs, and memory modules within servers using water, eliminating the need for chilling to cool these primary sources for overheating of computers and servers.

About Asetek
Asetek is the world leading provider of energy efficient liquid cooling systems for data centers, servers, workstations, gaming and high performance PCs. Its products are used for reducing power and greenhouse emissions, lowering acoustic noise, and achieving maximum performance by leading OEMs and channel partners around the globe.

Asetek’s products are based upon its patented all-in-one liquid cooling technology with more than 2 million liquid cooling units deployed in the field. Founded in 2000, Asetek is headquartered in Denmark with offices in California, China and Taiwan. For more information, visit http://www.asetek.com.