Angelo Sambunaris, M.D., teams with Forest Research Institute and the University of South Florida College of Medicine to advance research for patients with Major Depressive Disorder 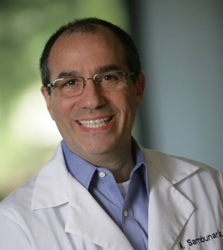 We are always excited to share the results of our research studies with the medical community and patient group.

The paper, “A Phase III, Double-Blind, Placebo-Controlled, Flexible-Dose Study of Levomilnacipran Extended Release In Patients with Major Depressive Disorder” was released in early 2014 and was the result of over one year of clinical research. Levomilnacipran, known as Fetzima ®, is a potent and selective serotonin and norepinephrine reuptake inhibitor that has been approved by the FDA for the treatment of depression. The research suggests that changes in symptom severity and improvement in functional impairment may occur asynchronously, with functional improvement often lagging behind symptoms. As such, symptom improvement may provide an early sign of treatment response, whereas functional improvement may be a better indicator of meaningful change according to a study published in the Journal of Clinical Psychopharmacology, Volume 34, Number 1, February 2014.

In this study conducted across a number of facilities that included Angelo Sambunaris, M.D., the research team performed trials to determine both efficacy (effectiveness) and tolerability (side effects) of the extended release (ER) formulation of this new medication.

"Studies like this one are an important step in the fight against depression," said first author Dr. Sambunaris. Dr. Sambunaris is also the Founder and Medical Director of the Institute for Advanced Medical Research located in Alpharetta, GA. "We are always excited to share the results of our research studies with the medical community and patient group.”

About Angelo Sambunaris, M.D.
Dr. Angelo Sambunaris has been a leader in the field of clinical research for over two decades and currently serves as Founder, CEO and Medical Director of the Institute for Advanced Medical Research. He is also a clinical faculty member at the Mercer University School of Pharmacy. His experience helps him direct the clinical research team in conducting psychopharmacology (psychiatric medical care) and neuropharmacology (neurologic medical care) trials. The focus of his research is on Alzheimer’s disease and other dementias, anxiety disorders and depression, with additional interests in the areas of obsessive compulsive disorders, schizophrenia, stroke, insomnia, alcohol abuse/dependence, pain, migraine and obesity. As a veteran himself, he also has a particular interest in PTSD with soldiers.

In addition to his time in the Army and Colorado Army National Guard, he was also a member of the US Public Health Service and achieved the rank of Major with the Army and Lieutenant Commander in the PHS.

About the Institute for Advanced Medical Research
The mission of the Institute for Advanced Medical Research is to create a better world through the testing and ultimately the approval of new drugs to combat psychiatric and neurological disorders. Since 1998, it has been a leader in conducting clinical trials in the area of depression, anxiety, Alzheimer’s disease, PTSD and ADHD/ADD. Led by Dr. Angelo Sambunaris, Founder and Medical Director, and Dr. Prakash Masand, Chief Medical Officer, their team of experts are involved with all aspects of clinical research from diagnosis to progression to options for treatment. Learn more by visiting http://IAMResearch.org/.