SparkPlugs.com to host a guest appearance by three drivers of Tabara Racing Development at PRI Show 2014. 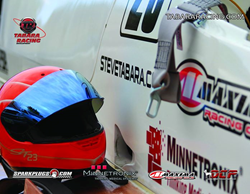 SparkPlugs.com announces they will host a guest appearance by Tabara Racing Development at their PRI Show booth (Yellow Hall Booth #2606) Saturday, December 13th 12-2pm. All three power boat drivers from the Formula 1 power boat racing team will be in attendance.

Tabara Racing Development has a long heritage in the racing industry, being founded in the early 1980s by Mark Tabara. Mark entered his first boat race in 1968 with a 10' hydroplane sporting a 20hp Chrysler outboard - and was forever hooked to speed on water. In 1987 Mark entered his first Twin City Power Boat Association (TCPBA) race, starting a family tradition that extends to this day. Mark's sons, Steve and Brian have since taken over the family racing team, with Mark still serving as a crew member.

SparkPlugs.com, a proud sponsor of Tabara Racing for over 6 years, invites all attendees of the 2014 PRI Show to stop by their booth #2606 Saturday, December 13th between 12pm and 2pm to meet the team members of Tabara Racing. Attendees will have the opportunity to meet all 3 drivers, Brian Tabara, Steve Tabara and Jessica Olson, and receive signed 2014 championship memorabilia.

For over a decade, SparkPlugs.com has supplied Tabara Racing with hard to find NGK, Denso and Champion racing plugs. SparkPlugs.com’s inventory extends well beyond spark plugs, including many maintenance items for DIYers and racers alike. Their parent company, Monarch Products, serves as a master distributor for garages, engine builders, and other WDs.