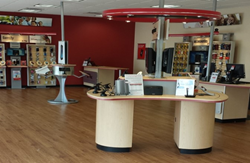 The development will begin with four all-new locations slated to be fully operational in New York City by December of this year.

Wireless Zone®, the nation’s largest Verizon Wireless retail franchise, has announced plans to expand throughout New York with 10 all-new stores planned before 2016. The development will begin with four all-new locations slated to be fully operational in New York City by December of this year.

“Wireless Zone® has more than 400 stores nationwide, and we are excited to expand and add new locations throughout New York,” said Janet Labanara, director of franchise development for Wireless Zone®. “Currently, we have more than 30 locations throughout the state but with help from franchise owner John Russell, we expect to see that number expand greatly in the next coming months.”

The all-new Wireless Zone® stores are to be owned and operated by franchise expert John Russell. For nearly five years, Russell has worked with Wireless Zone®, becoming a franchisee in 2010. In that time, he worked tirelessly to grow his business, recently adding 18 stores in just 18 months. With locations now in Ohio, Pennsylvania, West Virginia, Indiana, Kentucky, Maryland and Washington, D.C., Russell is looking to New York to meet his eventual goal of 50 Wireless Zone® stores.

“Even before 2015 starts, my all-new New York City Wireless Zone® locations will give me 26 stores nationwide,” said Russell. “This is a whole new market for us and my team is finding out accessory sales are making a higher percent of profit and given the city’s tight-knit communities, we are able to market those products differently than before. We’re looking forward to growing in that regard.”

The Wireless Zone®’s New York expansion has already begun with stores on Second and Lexington Avenue recently opened. The next locations to see grand openings will be located on Park Avenue South and Delancey Street. Throughout the next year, the New York Metro area will see more Wireless Zone® locations erected.

To find out more about Wireless Zone® please visit http://wirelesszonefranchise.com/.