The case of Rachel Ann Nunes, shows how indie authors are easy prey for plagiarists. This is the story of how one self-publishing, e-book author plans to make a stand and win the fight against plagiarism. 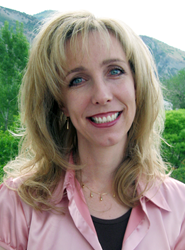 She stole my life’s work—my book—added sexually explicit scenes, published it as her own, then bashed me and my work using real school children’s names, and there is nothing I can do about it.

“With the advent of electronic publishing, plagiarism is becoming as rampant as identity theft,” says New York Times bestselling author David Farland. “Even though plagiarists are forced to advertise their stolen books, the certainty of getting caught won’t stop them.”

In the past, if someone plagiarized a novel, the perpetrator could expect a speedy lawsuit brought by a publisher with deep pockets and a powerful legal team. “No one would try to plagiarize Harry Potter or The Firm," says Farland, "because if someone did, their publishers would sue. The books’ authors, J.K. Rowling or John Grisham, wouldn't have to lift a finger. But in the indie world, the cost of protecting a copyright is borne by the author, and the legal cost is far higher than most authors or small publishers can pay.”

Indie author Rachel Ann Nunes discovered 'how costly' when according to court documents** a plagiarist allegedly stole her popular Christian romance, A Bid for Love. The thief allegedly added explicit sex scenes, changed the title, and tried to publish the stolen work under a pseudonym. Book bloggers discovered the theft and alerted Nunes. Per court documents, the alleged thief is Tiffanie Rushton of Layton UT, an elementary school teacher at nearby Farmington UT at Eagle Bay Elementary in the Davis School District.

"If a plagiarist had done this with The Notebook by Nicholas Sparks or The Da Vinci Code by Dan Brown, people would be up in arms. If it had happened to Twilight by Stephenie Meyer, her publisher would gleefully rush to make an example of the plagiarist. But I am left to fend for myself," says Nunes.

Nunes has already spent over $20,000 pursuing the case, and she expects to spend tens of thousands more.

"Unfortunately, authors like Nunes have no protection. The legal system considers plagiarism to be a civil matter rather than criminal. So indie authors and small publishers are at an extreme disadvantage," says Farland.

"There are a lot of writers groups," says Farland, "like the Romance Writers of America, and the Author’s Guild, but they are not set up to help indie authors who need to defend themselves against theft. The only way we can stop this is to unite as authors. Helping Nunes is only a first step. If we don’t show this new breed of book pirates that this stops now, the number of thefts will spiral out of control!”

Nunes is in deep financial trouble. Most authors don’t make much money. “I’ve helped Rachel set up a GoFundMe campaign to raise the estimated $100,000 required to sue this plagiarist,” says Farland. Rachel cannot prevail without your generous help. Sites like GoFundMe are the indie author’s salvation when attacked by these plagiarists. To read the whole amazing story of this plagiarist (and please make a comfortable donation while you are there), go to http://www.gofundme.com/StandingAgainstPlagiarism.