How to Say "Turkey" in Spanish Just in Time for Thanksgiving 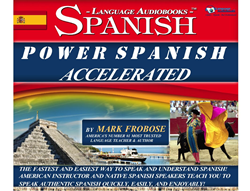 One of America's most cherished holidays approaches, and with it comes lots of turkey.

Turkey. A strange word, even in English. But how would you say it in Spanish?

"Spanish actually has several ways of saying "turkey" depending upon which country you are from," explains Mark Frobose, bestselling author of Power Spanish Conversation Intensive.

So which Spanish-speaking countries do not use the word 'pavo" for turkey?

"Mexico is the most notable Spanish-speaking country for not using the common Spanish word for turkey," Mark explains.

"In Mexico, the Aztec indian word 'guajolote' is most commonly used for turkey," elaborates the bestselling author of Mexican Spanish Accelerated.

Learn Languages Everywhere™ is the motto of LanguageAudiobooks.com. The Language Audiobooks® method is an extremely effective and versatile audio language learning system that can be used anywhere for any duration of time to teach people to speak any language while in the car, at home or on a smartphone!

Power Spanish Conversation IntensiveLearn to Converse With Native Speakers from Colombia and Mexico!

Spanish for Love and Dating