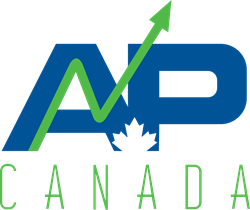 Controlling and mitigating MRO costs is a top priority for businesses throughout the industry, and AP-Canada is excited to be a part of the ongoing discussion regarding best practices for achieving this goal.

Mike O’Kane, Managing Director of Asset Performance Canada (AP-Canada), is quoted in the December 2014 issue of Oilsands Review magazine. Mike contributed to an article featured in the magazine’s Maintenance, Repair and Operations (MRO) supplement. The article, “Facilities possibilities – How better operations planning could mitigate the high cost of maintenance labour” was written by Jim Bentein, and focuses on the increasing amount of capital being spent on MRO for Oil Sands facilities. Mike drew from AP-Canada’s Oil Sands Turnaround Cost Performance Benchmarking Study to shed light on the issue.

The joint-industry consortium-sponsored benchmarking study, completed earlier this year by AP-Canada, compared turnaround cost performance in the Athabasca Oil Sands region to that of non-Oil Sands turnarounds throughout Alberta, as well as turnarounds executed in the U.S. Gulf Coast region. In speaking with Oilsands Review for the article, Mike expanded on the differences in cost uncovered by the study, focusing in particular on the logistical and work force challenges that weigh heavily on Oil Sands operators.

Mike’s contributions to Oilsands Review highlight AP-Canada’s position as an industry thought leader. Controlling and mitigating MRO costs is a top priority for businesses throughout the industry, and AP-Canada is excited to be a part of the ongoing discussion regarding best practices for achieving this goal.

About Oilsands Review
Oilsands Review is the only existing publication devoted entirely to covering the issues, challenges and triumphs of the oilsands industry, telling the industry's stories through a broad range of business-relevant voices. This, combined with informative statistics, maps and charts makes this publication an invaluable resource. A digital edition of the December 2014 issue can be found on the Oilsands Review website: http://www.oilsandsreview.com/.

About Asset Performance Canada
Asset Performance Canada, an affiliate of Asset Performance Networks, is the trusted leader for improving asset and operational performance in petroleum, chemical, and energy companies throughout Canada. The company’s solutions are a powerful hybrid of Software as a Service ("SaaS") and consulting expertise that generates measurable results. Since AP-Canada was founded, the company has focused on bringing predictability and competitiveness to high-risk events—namely, capital projects and turnarounds. Industry leaders not only recognize the Asset Performance brand, but they insist on the company’s involvement in their most critical improvement initiatives. For more information on AP-Canada, please visit http://www.ap-canada.ca.