Research by PsychTests.com indicates that people who are psychologically healthy are more satisfied with their life, even if they are not doing well financially and physically. 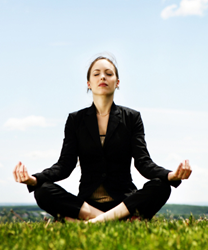 Being rich does not guarantee satisfaction or happiness. Mental health is true wealth.

Having plenty of money can help relieve some of the burden you feel, but it certainly won’t resolve all your problems.

It’s that cliché again: The one that insists that winning the lottery and retiring early still won’t make us happy - especially if our psychological health is not in top shape. Researchers at PsychTests stopped just short of giving everyone a million dollars and instead, used data collected from their Life Satisfaction Test to prove their point: People are much happier with a healthy mind than with an overflowing bank account.

They then compared how satisfied each group is with different aspects of their life (relationships, job, social life), and then looked at different traits related to life satisfaction, like optimism, resilience, sense of freedom, sense of belonging, etc. What the data revealed is that people who are psychologically healthy are much more satisfied with their life, even without financial security or perfect physical health:

Overall level of life satisfaction (on a scale from 0 to 100, with 100 indicating Total Satisfaction)

(A high score on the following is conducive to life satisfaction):

“What our study reveals goes beyond the cliché that money really doesn’t buy happiness,” explains Dr. Jerabek, president of PsychTests. “We can also add this simple but straightforward analysis: If your self-esteem is rock bottom, if you have anger issues, if you tend to worry excessively, or you haven’t been able to let go of guilt from an event that happened years ago, then a raise, bonus, or even a lottery jackpot won’t make everything better.”

"Having plenty of money can help relieve some of the burden you feel, but it certainly won’t resolve all your problems,” points out Dr. Jerabek. “Moreover, the unresolved emotions or issues you have will pop up again. Sure, you’ll probably be walking around your 15-bedroom mansion or driving your Lamborghini when they do, but you need only look at celebrity lifestyles to realize the sobering truth: Plenty of independently wealthy celebrities have psychologically crashed and burned. Money will do little if anything to fix them – unless, of course, they invest it in rebuilding their psychological strength and wellbeing.”

So what’s the lesson here? Researchers at PsychTests decided to create a few more potential clichés:

Want to assess your degree of life satisfaction? Go to http://testyourself.psychtests.com/testid/3295

PsychTests.com originally appeared on the internet scene in 1996. Since its inception, it has become a pre-eminent provider of psychological assessment products and services to human resource personnel, therapists, academics, researchers and a host of other professionals around the world. PsychTests AIM Inc. staff is comprised of a dedicated team of psychologists, test developers, researchers, statisticians, writers, and artificial intelligence experts (see ARCHProfile.com). The company’s research division, Plumeus Inc., is supported in part by Research and Development Tax Credit awarded by Industry Canada.