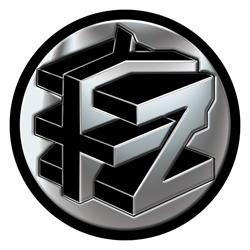 SolidWorks® Translator will flatten your sheet metal parts and import them into SMP/IS with a single click of the mouse!

With the introduction of the SolidWorks® Translator plug-in, Merry Mechanization Inc. (Merry Mech), further increases the versatility of the company's suite of sheet metal fabrication software. The plug-in streamlines the import of SolidWorks® part files into Merry Mech's industry-leading SMP/IS, Sheet Metal Program/Industry Standard software. With additional icons in the user interface, operators can convert and import files for processing within SMP/IS. The company emphasizes time savings and ease of use, saying, "SolidWorks® Translator will flatten your sheet metal parts and import them into SMP/IS with a single click of the mouse!" Further processing using the automation and nesting features of Merry Mech's software can improve sheet metal utilization rates and increase operator productivity.

After installing the SolidWorks® Translator plug-in into SolidWorks®, the operator sees two additional icons at the top left of the user interface. One button sends a flat pattern with bend lines to SMP/IS while the other sends the pattern without bend lines. When the operator clicks one of the buttons with the corresponding icon, the plug-in creates a flat pattern and exports it to SMP/IS as a DXF file. The plug-in is compatible with the 64-bit version of SolidWorks® and the resulting files are immediately available for further processing within SMP/IS.

Sheet metal fabricators who have SolidWorks® 3D sheet metal part files now have instant access to advanced sheet metal processing tools in the SMP/IS application suite. Operators can work with Merry Mech's CAD/CAM and nesting software and with lists of files to create NC code and produce the required parts. Automation routines and tools allow the programming of production without operator intervention. If operator input is needed, the process can be programmed to pause at any particular point. The SolidWorks® Translator plug-in generates the DXF files that make this integration possible.