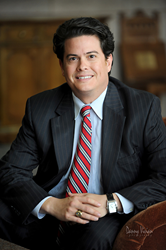 It's an honor to be nominated one of the top litigators of America.

Alex R. Hernandez Jr. has been nominated by the Trial Lawyers Board of Regents for a 2014 Litigator Award. The awards, presented in 72 specialty practice categories, are based strictly on actual verdict and settlement dollar achievements.

Of the more than 1 million lawyers considered, only a select few (approximately 12 law firms per state) achieve the distinction. Those who are awarded are recognized as star lawyers, who have triumphed in winning million, multi-million or billion dollar cases — a feat achieved by fewer than one-percent of all lawyers.

Alex R. Hernandez Jr. has main office in Corpus Christi and Victoria with satellite offices in San Antonio and Austin. He is originally from Port Lavaca, Texas.