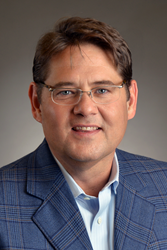 I've closely followed Sophia through its beta-testing and was an early investor in NexDefense. I now look forward to offering my guidance and expertise as an active member of the board.

NexDefense, the foremost authority on cybersecurity for automation and control systems, today announced that it has closed a $2.4 million funding round. The funding will support the recently announced commercial roll-out and additional product development for its exclusive Industrial Network Anomaly Detection (INAD) system, Sophia. The round was led by investments from Mosley Ventures and BIP Capital, and includes several prominent U.S. and international investors.

In November, NexDefense announced commercial availability of Sophia; an INAD system developed in response to the emergence of highly intrusive and targeted cyber attacks by various criminals targeting automation and control systems. Sophia uniquely empowers the engineers, security, and control system operators in critical infrastructure and defense facilities to detect anomalies that may signify an attempt to intrude or discover systems as they happen. It then alerts defenders before an adversary can have an impact.

NexDefense also announced that veteran cybersecurity expert, serial entrepreneur, venture capitalist and White House National Infrastructure Advisory Council member Tom Noonan has officially joined its board of directors. Mr. Noonan is the current General Manager of EnergyWise Solutions at Cisco, previously JouleX, of which he was Chairman and CEO. Prior to JouleX, Mr. Noonan co-founded and was Chairman and CEO of Internet Security Systems (ISS) acquired by IBM.

On the NexDefense board, Mr. Noonan joins co-founders Derek Harp, who serves as the executive chairman of the board, Mike Sayre, CEO, and Michael Assante, chief security strategist. “Over the past 14 years, Tom has been a personal mentor and sounding board and became an early advisor to NexDefense. Over the past year his involvement has grown substantially and he has been instrumental to our progress over that year. We could not be more pleased to have his talent, expertise and experience in a formal capacity on our board,” said Mr. Harp.

“Automation and control systems are the lifeline of our country’s security, economy, and public health and safety,” said Mr. Noonan. “Any malicious disruption to normal operations has short-term and long-term effects with numerous challenges to overcome. I’ve closely followed Sophia through its beta-testing and was an early investor in NexDefense. I now look forward to offering my guidance and expertise as an active member of the board.”

“The addition of Graham, Loney and Preston to our executive team rounds out one of the most knowledgeable groups of cybersecurity experts ever assembled,” said Mr. Sayre. “Their expertise and leadership will be instrumental in our efforts to help combat the evolving challenges and risks that plague the automation and control systems of critical infrastructure and defense facilities.”

Sophia originated in response to the concerns of energy and defense organizations, and the recommendations of engineers assessing real-time threats and response protocols. It is the result of extensive collaboration between the United States Department of Energy, Battelle Energy Alliance and the cybersecurity experts of Idaho National Laboratory (INL). Since obtaining exclusive rights to Sophia in 2013, NexDefense has been in beta testing with close to 50 organizations, spanning utilities, oil and gas, and government. In this testing, Sophia has proven to limit risk, reduce liabilities, and ensure the integrity of the automation and control systems.

To request a demo or pricing for Sophia, click here.

About NexDefense:
NexDefense empowers industrial automation and control system operators in critical infrastructure and defense facilities with the real-time knowledge needed to maintain system integrity and combat sophisticated security threats. Through Sophia, a patent-pending Industrial Network Anomaly Detection (INAD) system, engineers, security, and control system operators can covertly maintain direct insight and control over threats and increase compliance without sacrificing productivity, optimization or performance. Originally funded by the United States Department of Energy and developed at the Idaho National Laboratory (INL) under the management by the Battelle Energy Alliance, Sophia’s proven capacity to continuously identify, analyze and warn about deviations from normal operations limits risk, reduces liabilities and ensures the integrity of critical industrial automation and control systems. For more information on NexDefense, visit http://www.nexdefense.com and follow us @NexDefense.