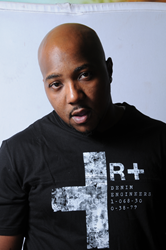 Coast 2 Coast Mixtapes announces the release of the “H.A.P.A.N.” Visual by 2Piece. The music video project is currently available to stream on the Coast 2 Coast website. This video was directed by Sik Media.

Hailing from a small town in Northeast Texas, 2Piece began honing his skills at an early age. He performed in every talent showcase within a 200 mile radius of his hometown. The alias "2 Piece" is derived from his combination of hip hop lyricism and R&B vocal undertones in his music. Once he realized that music was more to him then a job, it was a lifestyle, he decided to move to Dallas, TX. On the up and coming, he has already performed with artists such as Devin the Dude, Trae tha Truth, Chamillionaire, Kevin Gates, and many more.

2Piece releases the visual for the song “H.A.P.A.N.” off of his new mixtape "#Fvckjudas." Making his message clear and concise, 2Piece goes “too hard to be worrying about” any haters. This dark and disturbing visual is brought out by the bass-bumping production. A lyrical flow combined with comical punchlines is embodied in this new visual. The entire mixtape is available for download and can be found on iTunes and Amazon Music. Make sure you keep up with the 2Piece movement by following him on Twitter at @2Piece_Tx.